North Cotabato, Philippines – Earthquakes are natural occurrences that cannot be predicted. It happens when there is a sudden movement underneath the Earth’s crust or if it can be related to a volcanic activity. Just last April, the country was hit by one which was measured at magnitude 6.1. The epicenter was found to be north of Castillejos, Zambales. Numerous structures were damaged and 18 casualties were reported.

A news report was published where a rare fish was seen at North Washington, Aklan on July 8, 2019. The fish was an oarfish and is known to be a deep-sea creature. It was also said that the presence of an oarfish would mean an earthquake would occur soon.

The next day, July 9, an earthquake had hit North Cotabato. It happened at around 8:37 PM and was measured at magnitude 5.6. Damages were reported, but there were no known casualties.

After each earthquake what is known as “aftershocks” would be expected. Aftershocks are in essence smaller earthquakes that occur so that the Earth’s crust would adjust to any displacement that may have occurred after the bigger earthquake.

According to a news report by GMA News, it was reported that a total of 140 aftershocks were recorded by seismographs from the night of the earthquake until morning the next day in Kidapawan City. Most of them were small shakes, but around 12 were counted to be strong enough to be felt by a human.

In the city proper, Mayor Joseph A Evangelista has suspended work for the day, July 10, in order to do an inspection of the city hall.

Classes were also suspended for all levels and the city’s gymnasium was used temporarily to relocate patients of the Kidapawan Doctors’ Hospital and Midway Hospital.

The epicenter of the earthquake was determined to be 20 kilometers southwest of Makilala and was at a depth of 14 kilometers, according to the Philippine Institute of Volcanology and Seismology (Phivolcs). 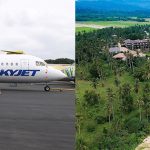 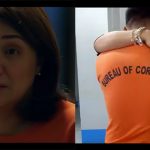