The controversial life of Michael Jackson

Although the artist went away in 2009, his musical legacy and the issues and allegations that continue to be associated with him make him more “alive” than ever.

Michael Jackson said he would embark on a new global tour called This is it on March 5, 2009. Even if it was claimed that the “King of Pop” lacked money, millions of people’s golden dream were to see him perform again. Thus, the news completely rocked the globe.

The first performance he offered for sale sold out in less than 30 minutes, turning what would have been ten presentations into 50.

Jackson spent all day on June 24 of the same year practicing for the brand-new concert, which would make its London debut on July 13 at the O2 Arena. He was fatigued when he got to his Los Angeles home, but he could not sleep, so his buddy Dr. Conrad Murray gave him a sleeping aid that would prove fatal.

The same doctor discovered him dead the following day, June 25, 2009. He requested assistance after failing to resurrect the “King of Pop,” but it was too late.

Jackson had a cardiorespiratory arrest, but the forensic report states that he passed away from acute propofol intoxication. Toxicological testing also found midazolam, lorazepam, and diazepam (Valium) in Jackson’s system.

Despite the passage of ten years, people continue to hear about him due to both the musical legacy he left behind and the controversies and fresh revelations surrounding his death. We created a list of events that have occurred since Michael Jackson’s passing as a result.

Michael Jackson’s doctor was placed on trial after his death. Murray admitted that he had been giving Jackson sedatives for months, but he always insisted that he was innocent of Jackson’s death. He was nevertheless given a four-year jail term for involuntary manslaughter. However, he was released last year when a new California prison statute permitted him to have one day taken off his sentence for each day he acted responsibly.

Dispute over his fortune

This was inevitable… Several lawsuits started to surface, but the one brought by Tohme R. Tohme, the singer’s former agent, stands out. He sued in 2012, claiming that he had the right to receive a commission from the 15% of revenue from deals he made for Jackson, and he sought almost $20 million in return. The estate’s management insisted that Michael’s death ended the arrangement. Both parties successfully resolved this legal issue on May 24, 2019, without releasing the dollar amount.

The death of Joe Jackson

The “King of Pop’s” father died from pancreatic cancer on June 27, 2018, at 89. With the passing of the Jackson family patriarch, he made a comeback to discuss the complex creative and familial connection with his children, The Jackson Five, who he physically and emotionally mistreated. Michael sometimes recalled the taunts and beatings he took from his father, even though he acknowledged that he would never have succeeded without discipline.

He startled the world and revived the discussion about the allegations of sexual assault that plagued Michael Jackson in this HBO show. It contains the declarations of Wade Robson and James Safechuck, who encountered the singer between the ages of seven and ten and whom they accuse of sexually abusing them. Both discuss what they went through and how it changed their development as adults in two episodes, each spanning two hours.

Read 5 Famous People who have been found guilty of sexual offenses. 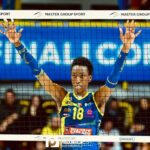 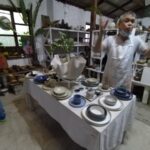