Pangasinan, Philippines – The school year of 2019 has started for most students. Some are excited, while others might not like it as their heart is still on “vacation mode.” There are some that are ready to go but there is one that is more excited to go back more than anything.

In a Facebook post by Christian Monses, he shared a few pictures of what would appear to be a new teacher in a college campus in Dagupan City, but as it turns out, he is actually a student, his classmate, and a freshman for that matter.

Benjamin Naoe is a 75-year old grandfather who is very excited to start the school year. According to him, he was able to to go to school before, but he was only able to finish his first year in high school. He also had to start working abroad when he had a family due to him finishing only at that educational level.

His wife has already departed this earth, and his children are all grown up, so Lolo Benjamin decided that he’ll pursue what he wanted and that is to finish college. He is currently taking up Political Science along with students that are way younger than him.

In Christian’s post, he said Lolo Benjamin should be an inspiration for those that are too lazy to go to school. He also commended the old man as he is very energetic and at 75 years old, he has no trouble climbing the flight of stairs to the third floor of their building to get to their classroom.

Ever since Christian posted the pictures, netizens who saw it were all inspired and were happy for Lolo Benjamin that even at his age, he never gave up on his dream. We hope that he doesn’t run into any trouble both from his professors and his classmates in this school year and that he can graduate with flying colors. 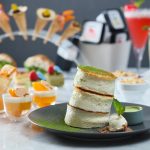 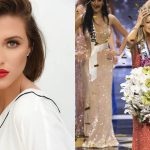