Manila, Philippines — 90’s fans went gaga last Sunday night, June 23rd at the Mall of Asia Arena as their beloved lads of Boyzone performed for the last time in Manila, as part of their “Thank You and Goodnight Farewell” tour.

What interesting about the farewell concert is that former Westlife member Brian McFadden was the front act of the show. The crowd sang along with McFadden as he performed chart-topping Westlife hits such as “My Love” “Uptown Girl”, “Mandy”, “World Of Our Own”, “Swear It Again”, and “Flying Without Wings.” He expressed his gratitude towards Boyzone and shares an interesting bond between them.

Wearing a black suit with gold sequins, the 4-piece band composed of Keith Duffy, Mikey Graham, Ronan Keating, and Shane Lynch entered the stage so dashing and full of charisma while they performed old and new songs such as “Who We Are” “Love Is A Hurricane”, “You Needed Me”, “No Matter”, “Everyday I Love You” and more. They also did a tribute song for their late member and brother Stephen Gately. While performing their song “Dream”, a montage of photos in the past was displayed on the huge screen.

Other songs they performed include “Words” and “Love Me For A Reason.” They even invited some lucky fans on stage for a quick photo op and meet and greet.

They ended their set with “Picture Of You” and “Life is a Rollercoaster.”

Thank You and Good Bye is Boyband’s seventh and final studio album released in November 2018. This concert is organized by All Access Productions. 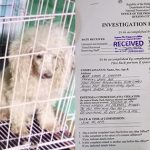 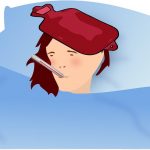