Balikpapan, Indonesia — How do you react when you encounter a rude lady? Well, It’s either you shower them with kindness by just ignoring them or give them a dose of their own medicine. Why not do both?

In an act of revenge, a man from Indonesia bought all fried chicken on display after the woman behind the queue insulted him.

The man, whose identity was revealed as Frederico Hill, didn’t take lightly when fast food customer commented negatively about his weight.

After coping similar insults for a long time, the Indonesian man decided to employ a petty yet ingenious response by buying all the chicken on the display probably indicating that the insults cannot stop him from enjoying the junkies.

Frederico was queuing up in a fast food restaurant when he heard a woman behind him in the line warning his child that he cannot afford to eat more than one piece of fried chicken or else he will end up big like Frederico.

“You can only eat one piece of fried chicken, or you’ll end up fat like the uncle in front,” the woman warned her child.

Her comments obviously rubbed Frederico the wrong way, but he acted calmly as everything was forgiven and forgotten. But when he reached the counter, he looked over the glass display and noticed a pile of fried chicken bubbling on the rack. The staff behind the counter asked for Frederico order and for everyone’s surprise, he asked if that was all the fried chicken they got. They said there was another batch cooking at the back and will take at least thirty minutes until they are ready.

Frederico then asked the staff to wrap all the fifteen pieces available on the display and in one of the sweetest mic-drop moves, paid for it and walked past the perplexed woman.

When the woman arrived at the counter, she was told she had to wait for the next batch of chicken, which will take 30 minutes before they are ready to be served.

Although the purchase set Frederico back 240 Indonesian Rupiah, I think it is safe to say you can’t put a price on a deserved lesson.

Fat shaming is not cool and it was a shame that the woman was doing so in front of her child. But at least we hope the child understood such behaviors have consequences, which may include missing out on a fried chicken. 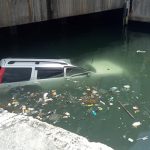 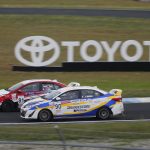