** Airports in Vietnam, including Van Don International Airport in the northeast, and Can Tho Airport in the southwest, have been given special permission by the Vietnamese government to receive flights from areas affected by COVID-19. **

On board flight VJ961 were 227 adults and two children, including 221 Vietnamese citizens and eight foreigners. Later that evening, at 8.40pm, flight VN415 (Vietnam Airlines) from South Korea touched down at Van Don International Airport, carrying 140 passengers, including 13 foreign passengers.

On subsequent days, the airport in the northeast of Vietnam continued to receive two to three flights from South Korea each day.

Van Don International Airport is one of only three airports in Vietnam that has been given special permission by the Vietnamese government to receive flights from areas that are considered to be epicenters for COVID-19.

The airport, which is located in Quang Ninh province, home to the world renowned Halong Bay, had already received two flights from China on February 1 and February 10 in part of a government-backed operation to evacuate Vietnamese citizens who had been living near Beijing and Wuhan.

On March 1, three other flights from South Korea, carrying 627 guests, also landed at Can Tho International Airport. At Van Don International Airport, as with the two special flights to evacuate passengers from China, all passengers on board both flights from Korea on March 1st went through all immigration customs as well as medical checks and disinfection procedures outside the airport terminal to minimize the risk of infection to others and ensure no impact to general operations at the airport occurred.

The International Medical Quarantine organization had also coordinated with relevant departments at the airport to oversee every single step of the process. Accordingly, passengers filled out medical declarations on board. They were also all clearly informed about all of the steps that would be taken as soon as they disembarked.

After they cleared immigration and passed through separate areas, where they were examined by medical experts and then disinfected, passengers were transferred to a specially chosen areas in military vehicles belonging to the Provincial Military Command. All passengers on board the flights will spend 14 days in quarantine. The foreign passengers coming to Vietnam from Korea would go through quarantine in Cam Pha City and Ha Long City as per the regulations of the People’s Committee of Quang Ninh Province.

On receiving the two flights from South Korea, a representative of Van Don International Airport noted that the airport had now welcomed multiple flights from areas at the centre of the COVID-19 epidemic. “The process of receiving each of these flights strictly complies with all regulations regarding international quarantine, which is highly appreciated by the public,” said the representative.

Similar procedures were performed at the other two airports in Can Tho city and Binh Dinh Province for all flights coming from areas considered to be epicenters for the COVID-19 epidemic.

Despite its close proximity to countries at the forefront of the epidemic, and despite mounting cases and deaths from the new strain of acute respiratory disease COVID-19 around the world, Vietnamese authorities have announced the situation in Vietnam was under control with no deaths reported.

The US Centers for Disease Control and Prevention (CDC) on February 27, removed Vietnam from the list of destinations vulnerable to community transmission of COVID-19 citing Vietnam’s comprehensive actions against the epidemic. The CDC will also send a delegation in March to enhance medical cooperation between the US and Vietnam. It also plans to establish a CDC regional office in the country. 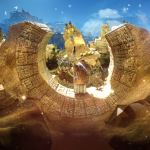 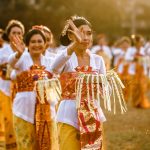