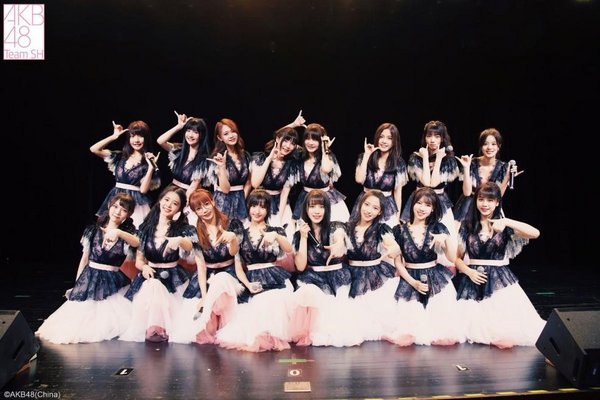 TSH will broadcast online every week. Audience both home and abroad may watch the show on the broadcasting platform. Click the link to purchase the tickets if you are interested:

Songs in the performance were adapted with Chinese lyrics from those in Samuneiru—the hot theatrical performance of AKB48 from Japan. The performance includes million-selling covers of original songs such as You Are the Melody and Be My Baby. The warm melody and encouraging lyrics inspired everyone in front of the screen to be brave and keep going on. Fans from everywhere were very supportive despite the lack of fervent interaction on the scene. The Group also attracted many young music lovers as it ranked the top of the list of broadcasting platform with an audience number of 500,000. The performance was originally scheduled in February offline but was delayed until June due to force majeure. After waiting for 114 days, these girls stood on their dream stage and brought fans a wonderful audio-visual feast with their clear and beautiful singing and dancing. Meanwhile, their relentless effort and gesture of sweating on the stage also conveyed lots of positive energy. Let’s look forward to more exciting performances of TSH in the future!