Manila, Philippines – People live busy lives in Metro Manila, and this includes needing to go from one place to another. With a lot of people living in the Metro, multiple vehicles are present, and heavy traffic is to be expected. Ride-sharing apps have become useful during times like these, and that included Angkas.

Angkas is a motorcycle-hailing service where one can call for a ride through their app, and a motorcycle rider would pick them up and bring them to their desired location. Angkas itself has been operating since 2016 but multiple issues between it and the Land Transportation and Franchising Regulatory Board, or LTFRB, have halted their operation multiple times. Currently Angkas is operation in Metro Manila and Metro Cebu, but cities such as Mandaluyong doesn’t allow male back riders due to a city ordinance.

Angkas had posted Prohibitions and Restrictions in their Facebook page regarding what their passengers cannot do when they book their service, and there was a particular section that had said that “heavy passengers may be denied,” followed by the line that they prioritize safety of both rider and passenger with possibly going out of balance while riding.

Recently, this part of their Prohibitions and Regulations came into light once again. Angkas is now being required via government guidelines to have their passengers provide information on their weight. In the app itself, they would ask for your “weight range,” with the choices going from below 150 lbs, between 150 and 200 lbs, and over 200 lbs.

The app itself would also give a prompt, explaining that as per new government guidelines, giving your weight range would at least help in preventing a rider with a smaller bike from getting a passenger that he can’t accommodate. Angkas still has the reserve to deny a passenger but this is still for the safety of both parties.

Also read: Motorcycle Hailing Services Are to be Discontinued By March 2020 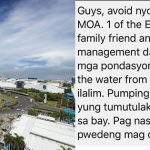 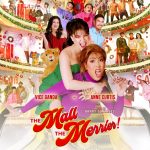