Celebrities Anne Curtis and Erwan Heussaff are going to have a baby girl.

Just recently, on Dec. 19, the actress took to Instagram to share the good news – that she and her husband are expecting a baby girl.

On her post, Anne and Erwan are seen holding pink smoke flares.

Plus, the photo has the caption, “Mini me” – adding an additional clue to their fans.

In the meantime, her husband Erwan has also pushed out a hint on his Instagram account, saying that their household is going to be ruled “by two strong women.”

Solenn Heussaff, Anne’s sister-in-law, made a reply to Anne’s post.

“Our babies will have an instant sister,” she said.

At the moment, the actress is in her 3rd trimester of pregnancy.

Back in November, it can be recalled that the actress announced to the public that she was already five months pregnant. It is through a video that shows Anne’s baby bump.

The baby they are expecting will be their first child. Anne is expecting to give birth by March next year.

“Just like every other woman, I think, ikaw muna, e,” said the actress in an interview. “Gusto mo muna malaman on your own, and then iko-confirm mo with a doctor after.”

“It was early on in the pregnancy na I could feel something different sa body ko,” she added. “Ta’s parang, ‘Hindi ‘yan!’ And then, iyon na nga, when I felt na, ‘Parang iba talaga!’ Nag-test na ako.”

Further, she shared that her husband is very excited to finally become a dad.

When asked whether she has a preference for her baby’s gender, she answered that she would choose anything, as long as her baby is healthy.

“That’s all that matters to me. It’s a blessing,” said Anne.

She added that what she is praying is that the rest of her pregnancy will be healthy and smooth. 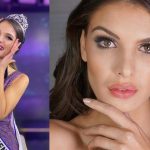 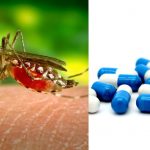