Watching your favorite shows has become a bit more easier with the progress done on increasing internet connection speed. Streaming services are now available where you can subscribe and you can get shows and movies available just by choosing one and it’ll play almost immediately. Netflix has been running this business model for the longest time, with Amazon Prime and Hulu being close to it. Now, there is an announcement that a new player is incoming.

Coming from an article published by the Inquirer, Apple, during their Apple Event on September 10, 2019, has announced that they will have their own streaming service available as well. Called Apple TV Plus, the service will be available starting November 1 in 100 different countries.

A few shows are already expected to come up from Apple’s new service, including a show starring Jason Momoa called “See,” and a comedy show with Jennifer Aniston, Reese Witherspoon, and Steve Carell, called “The Morning Show.”

Along with this announcement, Apple also said they will be launching their own gaming subscription service soon, called Apple Arcade. The service will also cost $4.99 per month and will be available starting September 19, and they will have a one month free trial. This will allow you to play games from the service’s over 100 titles across different Apple devices, and you’ll only need one subscription for up to six family members to use at the same time.

Apple is now introducing new services in the market, and with Apple TV Plus, it looks like they intend to change things a bit with the current streaming service business. 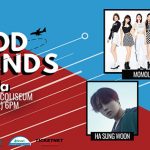 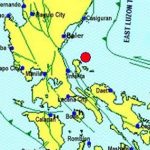