Manila, Philippines — The Department of Health has just announced, on April 5, that there have been 152 new confirmed cases of the deadly COVID-19 in the Philippines.

This number has brought the total cases of the said disease to 3,246.

On the other hand, the DOH has also announced a piece of good news: That seven patients have recovered from the said disease, bringing the total number of recovered patients to 64 all-in-all.

However, there were eight patients that succumbed to the said disease, bringing the total death toll to 152 as of writing.

There is no denying that the world is presently battling a so-called pandemic, which means that the COVID-19 has spread in different countries across the globe. That is why the World Health Organization said the fight against the said disease brought about by the novel coronavirus is a long-term one.

The said disease was initially recorded in China that has led to the lockdown of Wuhan as it’s a disease that rapidly spreads. All-in-all, a total of 81,000 people have contracted COVID-19 in China.

In the Philippines, the government has decided to implement the so-called Enhanced Community Quarantine, instead of a lockdown, particularly in the whole of Luzon. The difference is that, with the ECQ, people’s movement is limited to important purposes, such as buying food.

In the meantime, different provinces both in Visayas and Mindanao have also implemented the ECQ in a bid to flatten the so-called curve (or to lessen the cases in the entire country).

The disease chooses no one. Even big personalities, such as politicians and showbiz celebrities have contracted the disease. Among these personalities include Senator Koko Pimentel, the former Senator Bongbong Marcos, actress Sylvia Sanchez along with her husband, actor Christopher de Leon, American Actor Tom Hanks, actress Iza Calzado, and a lot more. 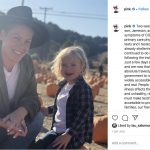