ISTANBUL, June 22, 2020 /PRNewswire/ — Europe’s leading consumer durables player, Arçelik, which owns Beko and Grundig, has completed production of 5,000 life-saving mechanical ventilators. 300 devices a day were manufactured at its Çerkezköy electronics on a not-for-profit basis to meet domestic and international demand. 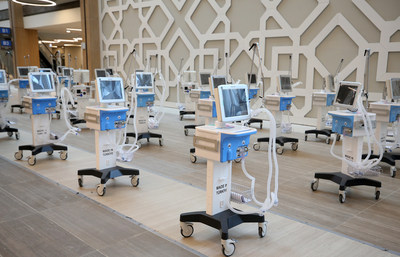 2,866 of these ventilators have been sent to 14 countries including some of the hardest hit countries, such as Brazil, which reported a record number of infections in a single day, and Somalia, which had no ventilators in April. The devices have also been sent to Chad, Nigeria, Niger, Azerbaijan, Libya, UAE, Uzbekistan, Dagestan, Syria, Afghanistan, Romania and Bangladesh.

Arçelik joined forces with BioSys, who developed the original design, defence firm Aselsan and aviation company Baykar Technologies to produce the mechanical ventilators, in a collective effort led by the Turkish Ministry of Industry and Commerce and the Ministry of Health.

The project began in April. A team of 120 engineers designed and tested the initial prototype at Arçelik Garage, an open innovation centre in Istanbul in just 2 weeks.

Hakan Bulgurlu, CEO of Arçelik, says: "We’re incredibly proud to have played a role in this project, which shows what can be achieved when we come together for the greater good. At Arçelik we want to be part of the solution; working collectively with businesses and governments to fight COVID-19 globally and shape a more sustainable future on the other side."

With over 30,000 employees throughout the world, 12 brands (Arçelik, Beko, Grundig, Blomberg, ElektraBregenz, Arctic, Leisure, Flavel, Defy, Altus, Dawlance, Voltas Beko), sales and marketing offices in 34 countries, and 23 production facilities in 9 countries, Arçelik offers products and services in more than 140 countries. As Europe’s second largest white goods company according to market share ranking based on quantity, Arçelik reached a consolidated turnover of 5 billion Euros in 2019. With almost 70% of its profits coming from the international markets, Arçelik is the R&D leader in Turkey – holding more than 3,000 international patent applications to date with the efforts of 1,600 researchers in 15 R&D and Design Centers in Turkey and R&D Offices across five countries.

The new-generation R&D center, Arçelik Garage, accelerates the process of turning an idea into an actual product and introducing it to the market thanks to its creative and collaborative work environment, design-oriented techniques, and advanced digital prototype infrastructure. In 1800 square meters of space equipped with high-technology advanced production techniques, internal researchers and external techno entrepreneurs are supported with know-how and technical expertise required to turn their ideas into reality. In 2019, Arçelik Garage helped develop 1,118 ideas, 93 prototypes and 10 concepts. 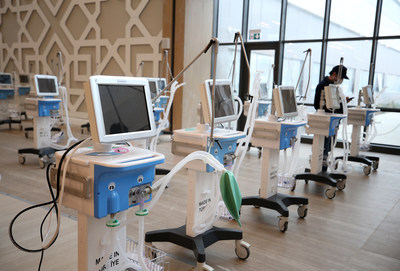