The Israel Antiquities Authorities (IAA) confirmed that a team of archaeologists found seven gold coins that were already in existence during the 7th-9th century AD.

The coins were in a shattered clay jug when the members of the group saw them. According to the archaeologists from the team, the gold coins may have been part of the personal piggy bank of a potter in the area.

Among the gold coins collected was a gold dinar from the late 8th century. The coins portrayed Caliph Harun al-Rashid of the Abbasid Caliphate, which was one of the inspirations of the “Arabian Nights” tale. The gold dinar in the jug was a part of the monetary system maintained by the Aghlabid dynasty, which ruled North Africa and parts of the Middle East.

The group was digging in the city of Yavne in central Israel during the discovery. The excavation also revealed a wide area that archaeologists believe to be an industrial center that was active for a few centuries.

Among other findings in the excavation are pottery kilns that were used around the end of the Byzantine era. The kilns aided the commercial production of pottery products like bowls and store jars.

The IAA also recently discovered the remains of a fish sauce factory that dated back to the Roman times.

The cetaria, which is a factory facility for the production of the Roman fish sauce garum, was found in the outskirts of the city of Ashkelon in southern Israel. It was one of the few surviving cetarias found outside Italy and the Iberian Peninsula. 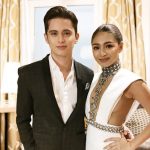 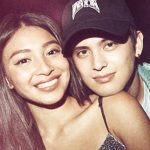