Ariana Grande is a famous singer and actress. At the age of 26, she has been able to establish her name and has performed live numerous times. She is also seen as a style icon, with many girls attempting to copy how she looks. Many stores tried to capitalize on that by having her endorse their brand, but it looks like one brand was not as lucky.

Forever21, a famous fashion store, is being sued by Ariana for a few posts that they placed in their Instagram account. Through a document posted in scribd.com that was circulating online, it showed the details of the lawsuit.

In it, it was mentioned that back in 2018, Forever21 attempted to negotiate with Ariana but she declined their offer. What happened after was that the retailer posted a few advertisements in their Instagram account that appeared to have been heavily inspired by Ariana’s music video, “7 Rings.”

In one picture, they had a model wear a high ponytail, which is similar to what Ariana always wears, as well as accessories that could be seen in her music video. The post had the caption, “Gee thanks, just bought it!” which is part of the lyrics to her song.

There were also other pictures and posts that were very similar to how Ariana looked, and some had captions taken from her songs as well.

Ariana’s lawyers initially contacted the retailer, who then agreed to take down the posts, but as the lawsuit stated, the images stayed online until mid-April.

Right to publicity, false advertisement, trademark infringement, and copyright infringement are what will be filed against Forever21, and it doesn’t look good for the company, as a report mentioned that they may consider filing for bankruptcy. 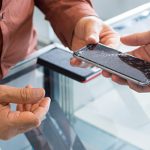