PARIS, March 13, 2020 /PRNewswire/ — Art history has traditionally analysed the evolution of artistic trends by reference to precise criteria such as dates, places, movements and techniques. Nowadays, however, a far more flexible and interconnective approach seems to prevail, most likely driven by the dynamic links between ideas, exhibitions, artists and works resulting from the proliferation of the Internet and social networks.

Thierry Ehrmann, President and Founder of ArtMarket.com: "Museums have accustomed us to view art history in a linear way, grouping works together by eras and by movements. But museums are now being tempted by a much freer presentation. At the MoMA for example, there is a gallery showing altogether Pablo Picasso’s Les Demoiselles d’Avignon (1907), Louise Bourgeois’s sculpture Quarantania (1947/53) and a 1967 canvas by Faith Ringgold entitled American People series # 20: Die. This presentation seems to reflect another trend in auction catalogs, where Contemporary works are highlighted by the pictures of Old Master or Modern masterpieces, and vice versa. Remember… Christie’s sold Salvator Mundi in a Post-War & Contemporary Art sale."

To mark the publication of its 2019 Art Market Report, Artprice organized a round table at Sotheby’s Institute of Art in New York to discuss this paradigm shift. Artprice would like to thank all those who attended this debate on 3 March 2020, as well as the experts who agreed to share their ideas and the whole team of the Sotheby’s Institute of Art.

Visual shocks and associations of ideas

When in 1937 the MoMA presented an exhibition entitled Prehistoric Rock Pictures in Europe and Africa, its currator Alfred Barr exhibited works by Miro and Picasso alongside cave art tracings by Leo Frobenius. But as the prehistorian Emmanuel Guy stated on France Culture radio in June 2019, "[The Modern and Prehistoric works] were not exactly mixed. Certain works were brought somewhat closer… but there was still a certain reticence, one might say, which consisted in separating them spatially." In 2019, an exhibition at the Pompidou Center in Paris entitled Prehistory: A Modern Enigma, Palaeolithic Venuses were uninhibitedly mixed with sculptures by Giacometti, Moore and Brancusi; a Miro painting was hung directly in front of prehistoric tools and tracings by Leo Frobenius were hung opposite a video by Pierre Huyghe.

We are now accustomed to these connections between extremely contrasting art forms and this type of juxtaposition are very much in vogue at the moment. For several years now, the Palace of Versailles has invited Contemporary artists to exhibit works in its gardens and salons: Jeff Koons, Xavier Veilhan, Takashi Murakami, Bernar Venet, Lee Ufan, Anish Kapoor and even Olafur Eliasson. Such ‘associations’ between Contemporary artists and a lavishly Baroque decor have produced a ‘visual shock’ each time. When it works, this shock offers an original way of contemplating older art with Contemporary pieces.

Judd Tully, writer and art critic: "There is a pretty good example that some of you may have seen a couple of years ago at the Frick, this collector Tomilson Hill who collects Renaissance sculpture alongside Francis Bacon and Cy Twombly. He made a big pitch for mixing, in his apartment actually and now in his Foundation in Chelsea. At one point I interviewed him and asked where he got this idea of mixing genres. And he said it was the architect Peter Marino who started it."

Incidentally, Tomilson Hill may also be the buyer of the ‘Toulouse Caravaggio’. When the painting sold in June 2019, Hill was hosting an exhibition of works by the abstract painter Christopher Wool to inaugurate his brand new Foundation.

These direct or indirect associations between artists separated by several centuries offer a freedom that mirrors that offered by social networks, notably via hashtags. As for the visual clashes between Old Masters and Ultra-Contemporary works, they are clearly very popular on Instagram and Pinterest.

Peter Falk, editor of Discoveries in American Art: "Instagram has become such a great force in the Art Market. The question is: Is it a facilitator or a disruptor? And if it is a facilitator, what is the next evolutionary stage? Does it mean that Instagram can create new movements?"

Artprice is interested in hashtags because they allow us to identify trends in the art market by identifying commonalities between things as varied as places, exhibitions and artists. For example, there’s a whole generation of female artists who have in common being African-American painters under the age of 50, using collage techniques to make portraits of their friends and acquaintances. There is also a whole group of artists close to the Street Art scene whose references come from popular culture and who are generating remarkable results in Hong Kong. Hashtags allow the creation of flexible links between things that could otherwise escape a traditional approach to art history, perhaps because they evolve too quickly.

Kathy Battista, of the Sotheby’s Institute of Art: "The major change is who is writing the history. So we have this long legacy, with people like Barthes writing the history of Modern Art, and now suddenly everybody writes history, because the Internet and social media have completely democratized the field. So I think we are living in a new era, and hashtags are emblematic of this new era. It is interesting to see how ‘academia’ is responding. For example, at Yale’s Art History department, Tim Barringer has abandoned the entire canon of Art History for the first time."

Indeed, art history has long been dominated by Western canons, of white, heterosexual, male artists. But things are changing with incredible speed and sometimes in a deliberately provocative way. In Los Angeles, the David Kordansky gallery shocked the art market by reserving certain pieces in its solo show of Lauren Hasley for collectors of a "certain ethnicity". This extreme case is however exceptional… and Kathy Battista nevertheless recognizes that "It is refreshing to walk into the Whitney and see a 13 foot painting of a black person in front of a barbecue."

Today artworks are related by much more flexible links than before, and these links are much less restrictive and, above all, in constant evolution. Several of the MoMA’s galleries should change every six months in order to show a greater number of works and propose new associations. There can be no doubt that the Art Market will have to develop new tools to adapt to this acceleration.

Discover Artmarket and its Artprice department on video: https://en.artprice.com/video

Artmarket is a global player in the Art Market with, among other structures, its Artprice department, world leader in the accumulation, management and exploitation of historical and current art market information in databanks containing over 30 million indices and auction results, covering more than 700,000 artists.

Artprice Images® allows unlimited access to the largest Art Market image bank in the world: no less than 180 million digital images of photographs or engraved reproductions of artworks from 1700 to the present day, commented by our art historians.

Artmarket with its Artprice department accumulates data on a permanent basis from 6300 Auction Houses and produces key Art Market information for the main press and media agencies (7,200 publications). Its 4.5 million ‘members log in’ users have access to ads posted by other members, a network that today represents the leading Global Standardized Marketplace® to buy and sell artworks at a fixed or bid price (auctions regulated by paragraphs 2 and 3 of Article L 321.3 of France’s Commercial Code).

Artmarket with its Artprice department, has been awarded the State label "Innovative Company" by the Public Investment Bank (BPI) (for the second time in November 2018 for a new period of 3 years) which is supporting the company in its project to consolidate its position as a global player in the market art.

Index of press releases posted by Artmarket with its Artprice department:
http://serveur.serveur.com/press_release/pressreleaseen.htm

Discover the alchemy and universe of Artmarket and its artprice department http://web.artprice.com/video headquartered at the famous Organe Contemporary Art Museum "The Abode of Chaos" (dixit The New York Times): https://issuu.com/demeureduchaos/docs/demeureduchaos-abodeofchaos-opus-ix-1999-2013

L’Obs – The Museum of the Future: https://youtu.be/29LXBPJrs-o 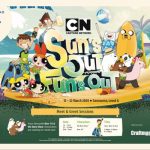