Now in its 4th year, “ASIA FASHION AWARD 2019” will be held in Taipei on November 30. “ASIA FASHION AWARD” brings together Asia’s leading creators, artists, fashion models, chefs, and other key people from various industries every year. Many supporter companies and visitors from Japan also participate in this lively1-night event that transcends countries and genres with live TV broadcasts in Taiwan and live streaming to the whole world over the Internet.

Last year, Takuya Kimura and Lin Chi-ling acted as event ambassadors, and the event featured participation from key Asian personalities Jolin Tsai, BoA and other artists and Asian models from Taipei and Vietnam who represent the future Asia. There was also participation from Yamada, Tina Tamashiro and AMIAYA from Japan who have also been attracting attention overseas. From Japan, architect Kengo Kuma and Toshiyuki Inoko from the art technology field received awards to honor the achievements from Asia to the world. Also, along with Taiwan actors, Leina Ikehata served as the main MC which she did in Chinese and Japanese languages. ASIA FASHION AWARD attracts a lot of attention from the media in Japan and other Asian countries as Asia collaborates to bring high fashion and culture that cannot be experienced anywhere else.

Specially referring to the relationship between “ASIA FASHION AWARD” and South East Asia, Vietnamese top model Lan Khue was on the same stage as South Korea’s CL in 2017.

Now in its 4th year, “ASIA FASHION AWARD 2019 in TAIPEI” will be held in Taipei on November 30. This year also, a 15 meter-high, 100 meter-long special dome will be built in front of the National Chiang Kai-shek Memorial Hall, Democracy Boulevard, Taipei, in which the curtain will open on a night to be in focus from all over Asia. Of course, top models from South East Asia are also scheduled to participate.

Not only performers, but everyone who participates in “ASIA FASHION AWARD” from visitors to supporting companies will be excited and stimulated by the event, which continues to grow to give its participants a feel of the power of Asia from its multifaceted opportunities for exchange. From this year, the ASIA FASHION AWARD Executive Committee has set “Think One Asia” as its slogan. As people have more and more opportunities to think about Asia both in the private and business aspects, the slogan includes the concept of making opportunities to more deeply experience Asia first-hand.

The main visuals include collaborations by Japan’s top creators gaining attention around the world, and will include the photographs of Mika Ninagawa, who is loved not only as a photographer but also as a film director both in Japan and globally, and design by the graphic artist YOSHIROTEN, who has been active both in Japan and overseas with successful solo exhibitions in London and Berlin, and who last year held a large-scale solo exhibition in a 1300 m2 -space with great success. These visuals were created based on the “one pillar” concept of “Connecting Asia” and “Everyone is someone in Asia”, while the main visuals were released right across Asia.

Although this year’s performers and ticket information has not yet been announced, the event will be in focus as Asia’s largest bringing together artists and leading people from all of Asia including Japan.

“ASIA FASHION AWARD 2019 in TAIPEI “ONE ASIA” Auditions Powered by Uplive” to be held!

Audition entries start from today. The Grand Prix will not only include appearances at ASIA FASHION AWARD event, but also appearances in media throughout Asia including pickups at Sanlih E-Television, monthly pickups at modelpress and introductions at Yan Digital, etc. As well, the final screening is planned with an audition program in the Taiwan Sanlih E-Television studio. This audition is a big chance for people who want to be active in Asia but don’t know how or want to find a new side to themselves. For details, please check the information on the official event webpage!

The world is changing rapidly.
Unbound by the common sense of the past, we have to step up to its challenges.
We at ASIA FASHION AWARD believe in the potential of Asia. Apparel. Music. Art. Technology. We would like to announce to the world all the fashion creating the culture of the future.

Centered around the beachwalkers. group involved in production and planning of various films, TV shows and music, etc. as well as a range of innovative business developments in Japan and Asia, “ASIA FASHION AWARD” is a collaboration of W TOKYO INC., a company that has produced many girl-oriented fashion events, Mika Ninagawa, YOSHIROTTEN and Taiwan’s largest TV station “SET Group”, and is the largest event of its type that brings together artists, models and creators from all over Asia. 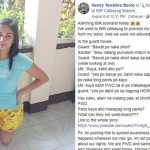 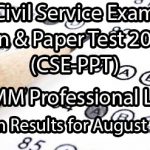