AsiaPOP Comicon, or APCC, is one of the most anticipated events that celebrates popular culture. It started back in 2015, and although there were minor issues, the event was a huge success.

It then rolled from there. Each year, the event went bigger and better than before. The event was held in SMX Convention Center, Mall of Asia, and it would occupy the entire venue, not just one hall or function room. Comic book artists and TV and movie personalities were also invited each year. Highlights of the event from the past couple of years included the entry to Hall M, which showed exclusive footage from movies that were yet to be released and a huge booth dedicated to Netflix and its featured shows.

It was then to the surprise of everyone when a post from Fanboy SEO that the event would be cancelled. Their initial source was a screenshot from an email that was received by an artist who was supposed to participate in the event. News of it spread and all anticipated any official announcement.

At noon, Manila time, the official AsiaPOP Comicon posted on their Facebook page regarding the supposed cancellation.

From their post, they said the event will not push through and will be postponed to next year. The reason was that the content partners that they had were not able to commit due to internal conflicts from their end. The organizers decided that they will postpone the event instead of going through but not deliver the same quality that they had provided previously.

The organizers apologized to the public through the same post and assured that any payment given to them by those that are supposed to rent booths will be fully refunded.

Everyone who read the post were all sad because of the news, but all commended their honesty. We hope that APCC can indeed push through next year and be even bigger than ever.

Also read: WWE Live in Manila Once Again After 3 Years 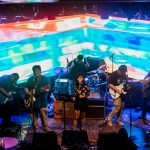 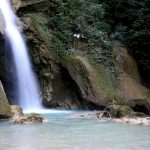