Electronic cigarettes and vape has been a popular alternative for actual cigarettes nowadays. It’s easy to bring along with you, and is battery-powered so there will be no worry of fire or ashes. In some cases, the e-juice that you’ll be using with it can also help a person with gradually quitting smoking altogether. The e-juice as well can have different kinds of flavors that the user can enjoy, but it looks like vape users in the United States may get a limited choice soon.

It was recently announced that US President Donald Trump is going to give out more guidelines in regards to banning flavored e-cigarettes. This is to follow the report made by the Center of Disease Control and Prevention regarding six deaths and more than 300 diseases that can be attributed to the use of vaping products. It is also noted that the diseases may be from the use of counterfeit or home-mixed e-juice.

Numerous states have also set their own ban, with the worry as well that such flavored products would attract the youth to start using them. New York is one of the places that are starting the ban, following the announcement made by the state of Michigan. California has also recently proposed a similar ban of e-cigarette products in their state.

In addition, US senators are also looking into banning the sale of vaping products through online market. It has been seen that eBay has a listing of such products. Though some that are sold in eBay are legit products, there are also counterfeit ones that are dangerous to the body when inhaled.

The ban would be for flavored vaping products, but not all. In New York Governor Andrew Cuomo’s statement, in their state they are planning to ban all flavors except tobacco and menthol.

Also read: Why Glutathione Works and How it Helps the Immune System 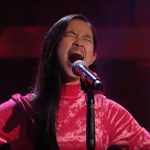 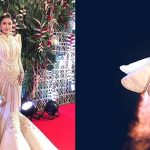