Bali, Indonesia – Campaigns to take care of the environment is becoming stronger than ever. Locally certain practices has been started, like locations having a “straw-less” policies as a start, and supermarkets encouraging people to bring their own bags when they shop. Clean-up projects are also done every now and then, but the issue with plastic waste is almost never ending.

Bali is a province that is part of Indonesia. It has been a tourist destination for the longest time with millions of tourists visiting the island every year. With each visit, however, there are a lot of waste left, specially plastic waste.

On December 2017, the government of Bali has called for a “garbage emergency” after their coastline was suddenly covered with plastic waste. The coastline mentioned has spanned the length of 3.6 miles and affected places like Kuta and Seminyak, which are tourist spots.

Because of huge issue with plastic that the island has, the governor of Bali, Wayan Koster, has made a law for all businesses to find alternatives to prepare for the ban of single use plastic bags, straws, and styrofoam. The law was implemented on December 21, 2018, and he gave a 6-month grace period to give enough time for everyone to conform to it.

The rivers that were full of garbage are also being cleaned. The Citarum River, listed as one of the most polluted rivers in the world, is slowly being cleaned with the effort of Indonesian soldiers. They also teach the locals of proper waste management in order to keep the river clean.

From a post made by Make a Change World, June 23, 2019 marks the day that there is a total ban of single-use plastic bags, straws, and styrofoam in the whole province of Bali through Pergub Bali No. 97/2018. Advocates of the environment has celebrated this feat and are now hoping that other places can follow in order to protect our planet.

Also read: Chinese Establishments Were Closed Down Recently in Parañaque 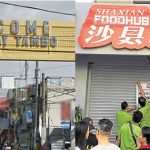