BB Gandanghari took to her Instagram account to share the news and express her excitement being part of one of the top-rating show on the video streaming service.

“#GLOW: Guess what just dropped!? Now streaming on #Netflix… I am grateful and thankful to be a part of this super successful show, GLOW!” BB wrote.

“Booking a job is always exciting but booking your favorite show brings the excitement to an entirely different level. Thank you for the shout out, guys‼ Thank you @TheBroganAgency for this booking,” she added.

BB played the role of Patricia, a fortune teller in the hit Netflix series.

In one of the most memorable moments of the popular reality TV show, she admitted to fellow housemate Keanna Reeves that he is gay.

BB eventually decided to take the name BB Gandanghari and in an interview with “Tapatan ni Tunying” in July 2014, she clarified that she is a transgender and not gay.

Last 2016, a Los Angeles court approved the name and gender change documents which she filed becoming legal her identity. Her name now is Binibini Gandanghari and her gender formally recognized as female.

“This is it! And I thought this day would never come. And I thank my GOD and my LORD for making these things happen. Everything makes sense now, and to this great country the United States of America for providing this [basic human right]. Thank you!” she wrote in her Instagram account.

Glow is a series on Netflix that tells the story of a group of female wrestlers in the 80s. Glow stars include Alison Brie, Betty Gilpin, and Marc Maron. 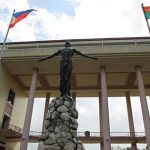 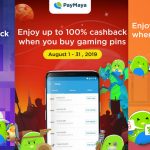