The upcoming event will be the artistes’ first performance on Bigo Live; giving fans and viewers an opportunity to relax, unwind and interact with the artistes from the comforts of their homes. The nightly live stream session will be hosted on Bigo Live from 23 July to 25 July, 8 pm to 9 pm (GMT +10).

Beau Monga: We’re kicking off the livestream with Beau Monga from New Zealand. Beau is a singer and beatboxer from Manurewa, who won the second season of the New Zealand version of The X Factor. At his audition, Beau blew the judges away with his version of ‘Hit the Road Jack’ using a loop pedal. The song went viral and was seen by over 4 million people. Most recently Beau toured with the internationally renowned show ‘360 ALLSTAR’.

Timomatic: Join multi-platinum entertainer Timomatic in this special 1 hour performance as he captivates audiences with his latest hit singles and dance moves. Timomatic has become a staple in the Australian entertainment industry. A multifaceted singer, songwriter, producer and entrepreneur, he played the leading role in Fame The Musical, and is a top 3 finalist on Australia’s Got Talent. His 4 x platinum, ARIA nominated single, ‘Set It Off’ peaked at #2 on the ARIA music charts.

Taylor Henderson: Hear from Australian singer-songwriter Taylor Henderson from Ceres, Victoria as he performs his new single exclusively on Bigo Live! In 2013, Taylor released his self-titled debut album which debuted at No. 1 on the Australasian Aria Charts and was subsequently certified as Platinum by the Australian Recording Industry Association. In addition to this, the single from the album "Borrow My Heart" also debuted at No. 1 with triple platinum status.

To join the livestream which runs from 8 pm to 9 pm (GMT +10) each night, simply search for these BIGO IDs on the Bigo Live app, or click on the links to download the app:

This month’s edition of ‘BIGO’s ANZ Artistes’ follows a hugely successful live stream in June. The June session featured Aussie singers Dami Im and Stan Walker, and amassed over 12,000 viewers who tuned in to watch them perform live! 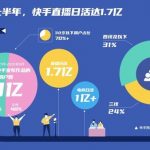 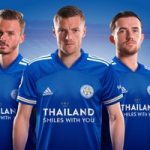