JAKARTA, Indonesia, July 28, 2020 /PRNewswire/ — The impact of COVID-19 continues to be felt in Indonesia and across the world. Many entertainment venues and activities remain on hold, and artists are isolated from their fans to combat the spread of the virus. Bigo Live, the leading global livestreaming platform, stays united with the community – providing a variety of content from talented musicians and artistes to entertain the Bigo Live community. 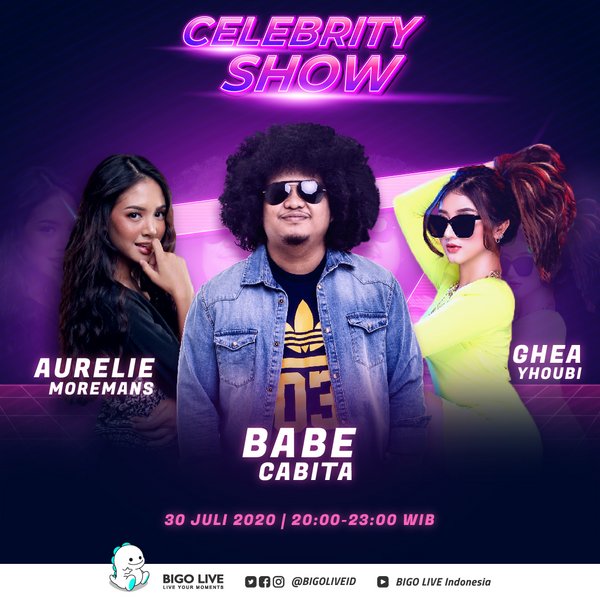 Bigo Live is excited to partner with Babecabiita, Aurélie Moeremans and Ghea Youbi for an exclusive livestream on 30 July, 20:00–23:00. Bigo Live users can tune in from the comforts of their homes to interact and enjoy the performances by the celebrities. It will be a night of intimate music performances, chat sessions and stand-up comedy, and fans stand a chance to win lucky draw prizes throughout the night.

"With the temporary closure of entertainment venues and social distancing measure in place, we want to support the Indonesian community by bringing happiness to those at home. This collaboration between Bigo Live and Babecabiita, Aurélie and Ghea will be the first of many exciting live experiences with famous celebrities and artists," said Kelly Zhang, Country Manager of Bigo Live Indonesia.

She added: "We understand that the social distancing measures and venue closures have left many feeling isolated and uneasy. With our curated programmes and partnerships, we invite the community to come together, connect with each other and spread happiness from wherever they are."

Join the celebrities on Bigo Live this 30 July for a night of entertainment that will keep you smiling throughout the weekend:

Priya Prayogha Pratama or better known as Babe Cabiita (born in Medan, North Sumatra, Indonesia, 5 June 1989; age 31 years) is an Indonesian comedian. He is known as the winner of the third season of Stand-Up Comedy Indonesia Kompas TV in 2013 and as a comedy genre film actor. Apart from being a comedian, Babe also played in several television films and widescreen such as Comic 8 and Candidates by Accident.

Aurélie Alida Marie Moeremans is an Indonesian actress, singer and model. After winning 1st place in one of the modelling competitions in Bandung in 2007, Aurélie and her family moved from Belgium to Indonesia to pursue her dream of becoming an artist. In 2008, Aurélie was given the role of a maid in the Hitam dan Putih soap opera as a younger sister of Ricky Harun. She also played in Guntur Soehardjanto’s film LDR where she collaborated with Ahmad Al Ghazali and Verrell Bramasta. Aurélie is now active on Instagram and is becoming increasingly famous for her video-call-halu program.

Ghalia Robyul Adawiyah, better known as Ghea Youbi, became a famous singer in Indonesia after her single "There Is No Time Beib" became YouTube’s top search topic. Her hit single garnered a huge Indonesia fanbase with over 100 million views. Ghea Youbi is not a newcomer to the Indonesian music scene – she had previously joined the Duo Seblak music group. She became hugely successful after singing dangdut songs combining elements of reggae and hip-hop.

Bigo Live is one of the fastest growing live streaming social communities in the world where users broadcast in real time to share life moments, showcase their talents, and interact with people from all over the world. Bigo Live has 400 million users in more than 150 countries and is currently the market leader in the live streaming industry. Launched in March 2016, Bigo Live is a platform created by BIGO Technology based in Singapore. 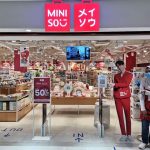