Available on HBO GO via SKY

“Game of Thrones” (GoT), the phenomenal fantasy series that spawned a worldwide following, celebrates its 10th anniversary this April, dubbed as the “The Iron Anniversary.” To celebrate, HBO and SKY invite viewers to enter the world of Westeros once again to relive its most epic battles, perilous voyages, and cunning political ploys via a streaming marathon on HBO GO. Fans can also join the contest to stand a chance to win the coveted Game of Thrones x Secretlab gaming chair!

Aside from being able to relive the larger-than-life exploits of its characters, here are reasons why a binge-watch must be in order:

#1 It will prepare diehard fans for the prequel “House of the Dragon.”

The world of Westeros is rich in history and lore, which paved the way for a prequel, “House of the Dragon.” Set to premiere in 2022, the series will tell the story of House Targaryen and take place 300 years before Game of Thrones’ events.

While waiting, fans can binge-watch and revisit episodes of Game of Thrones to refresh their memories of the events of Westeros. Follow the Mother of Dragons through her most fiery moments, journey with Arya to Braavos and beyond, binge the best battles, watch the Army of the Dead come to life, or relive the series’ biggest spoiler episodes all over again.

Within the span of Game of Thrones’ 8-year television run, passionate followers of the series would have inevitably created memorable viewing experiences with the show.

Aside from giving viewers the chance to relive the thrilling experience, viewers today have a chance to win a modern-day “throne” – Secretlab OMEGA Game of Thrones Collection chair – and other exclusive Game of Thrones merchandise when they share their best memories of Game of Thrones on Skycable’s official Facebook, Instagram, or Twitter pages from April 12-26.

#3 It will reunite viewers with GoT’s iconic characters

One aspect that made the show remarkable is its multidimensional and complex characters, which were crafted to shatter the conventional good or evil archetypes.

It has been two years since the show ended and fans may miss watching their favorite characters on the show, most especially if they have grown an attachment to them. As a remedy, they can either re-watch the entire series or stream “The Game of Thrones Reunion Hosted by Conan O’Brien,” an exclusive two-part panel that reunites the actors who brought our beloved Game of Thrones characters to life, on HBO GO.

#4 It will be a value-for-money viewing experience

When moviegoers and binge-watchers subscribe to HBO GO via SKY, they will only have to pay P99/month. Aside from the platform’s wide-variety content offerings, subscribers can also access all 8 seasons of Game of Thrones, along with over 300 extras, interviews, and behind-the-scenes specials for a low cost.

As simple as it may be, this is still something worth celebrating as viewers get to binge on Game of Thrones guiltlessly.

To know more about SKY’s video-on-demand plans and Game of Thrones’ “The Iron Anniversary,” visit vod.mysky.com.ph.

Also read: Proudly Pinoy: Jacob Batalon Shares His Experience of Being Part of the Spider-Man Movies. 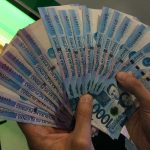