The visually stunning blockbuster fantasy film, which was adapted from the online game franchise, Zhengtu, quickly saw its content popularity index shoot above 7,000 within 24 hours of its release and scored an average viewer rating of 8.8. The movie has topped iQIYI’s hot movie list and fast-rising movie list.

Double World has enchanted audiences since its debut on July 24. The film garnered more than 400 million views on short video platforms for its first day of launch. Hashtags related to the film ranked 6th most popular on Weibo’s trending topics list, receiving more than 700 million cumulative page views for posts made under related hashtags. The movie received the top spot on the real-time hot movie list on Douban, a leading film and TV review platform in China.

IQIYI’s proprietary encoding, decoding and adaptive streaming technologies have been integral to the success of Double World, supporting advanced settings such as 4K, Dolby Vision, Dolby Atmos, iQIYI HDR and ultra-high frame rate. In addition, iQIYI has equipped itself with home theater-grade audio and picture configurations so that viewers of Double World can reproduce a cinema-quality immersive audio-visual experience at home.

According to the 2020 China Smart Large Screen Development Report and Forecast, the household penetration rate of smart TVs reached 59% in 2019, covering over 600 million users in 200 million households last year. The convergence of the rise in popularity of smart TVs and the upgrading of online streaming technology, have accelerated the trend towards watching movies at home. 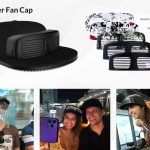