BEIJING, July 22, 2020 /PRNewswire/ — iQIYI Inc. (NASDAQ: IQ) ("iQIYI" or the "Company"), an innovative market-leading online entertainment service in China, is pleased to announce that the blockbuster action-adventure fantasy film Double World (the "Film") will premiere on its Ultimate Online Cinema on July 24 through its Premium Video on Demand (PVOD) mode.

Blockbuster “Double World” to Premiere on iQIYI on July 24

With a production budget of nearly RMB 300 million yuan, the Film, adapted from the popular online game franchise, Zhengtu, was originally scheduled to be screened in cinemas in 2020, the 15th anniversary of the hit game’s release. As COVID-19 pandemic forced cinemas to close and as a growing number of young people are becoming paid subscribers to video platforms, producers of Double World, GIANT PICTURES and Filmko, decided to make the film available on iQIYI through its Premium Video on Demand (PVOD) mode.

"We are very optimistic about the prospects of the PVOD mode. The Ultimate Online Cinema section will incorporate all the films released through iQIYI’s PVOD mode and meet users’ viewing needs in a more systematic and branded manner," said Yang Xianghua, iQIYI’s President of Membership and Oversea Business Group. "In the future, more new releases will be made available through iQIYI’s PVOD mode in in its ultimate online cinema, delivering the ultimate online viewing experience to iQIYI users."

Online releases provide users with flexibility in regard to viewing time and location. Coupled with the continuous enhancement of the technology-enabled viewing experience, a solid foundation has been laid for video platforms and film producers to explore new modes of online distribution and release. As a result of these trends, both the domestic and overseas markets have seen the shortening of the window between theatrical and online releases. According to the latest data from Hub Entertainment Research, a leading provider of digital content research, PVOD mode is growing in popularity among young consumers, with over 60% of respondents (ages 18-34) saying they would consider paying for new releases.

As many people are forced to spend more time at home due to the COVID-19 pandemic, iQIYI has responded by becoming the first Chinese video streaming platform to launch a PVOD mode for film releases, meeting users’ needs for on-demand videos and providing film producers with a new distribution avenue. Previously, iQIYI premiered the action-comedy film Enter the Fat Dragon through PVOD, followed by the action film Knockout, starring Han Geng and Wu Junmei as well as the acclaimed art film Spring Tide and the Oscar-nominated film Marriage Story.

When it premieres on July 24, Double World will blow audiences away with its stunning visual and audio effects. Users will be able to experience the Film in 4K quality, Dolby Vision HDR, Dolby Atmos, iQIYI HDR, and Ultra High Frame Rate in iQIYI’s Ultimate Online Cinema. 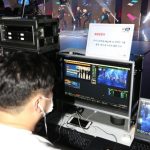