Manila, Philippines — Yet another popular individual in the Philippines, the former Senator Ferdinand “Bongbong” Marcos, Jr., has contracted the deadly COVID-19 or coronavirus disease 2019.

According to the article from GMA News Online, the Research Institute of Tropical Medicine relayed the result to Marcos last March 28.

Marcos’ spokesperson, Atty. Victor Rodriguez said the former senator is presently at an isolation area while being treated and that his condition is getting better.

It was March 14 when he went to a hospital for a check-up as he was experiencing difficulty in breathing. According to reports, Marcos went home since there were too many patients during the time.

On March 22, he went back to the hospital because he once again experienced the same symptom. He was then tested for COVID-19.

Rodriguez added that since March 13 until present, the former senator is strictly following the health protocol for PUIs.

In a related news, Sylvia Sanchez along with her husband Art turned out to be positive for the disease.

According to her post, the two of them were brought to the Cardinal Santos hospital last March 24 because they were experiencing chills, cough, and difficulty in breathing.

She also showed the test results provided by the RITM.

She also related that they received the results of the COVID-19 swab tests after one week. 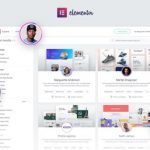 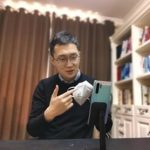