Filipinos have been avid sports fans for a long time. One of the sports that they like to follow is boxing. The Philippines has been producing world-class boxers for a long time, and probably the most famous still is Manny Pacquiao, especially with his recent win against Keith Thurman where Pacman won in a split decision.

Other boxers are giving their effort as well to win not just for themselves but as representatives of our country, and one of them is Jaysever Abcede of Bukidnon.

Jaysever is a boxer from Bukidnon and has a Southpaw stance. His current professional record is 19 wins and 8 losses, but he was able to win four fights in a row, with one of them against Japanese boxer Seigo Yuri Akui. He was given the nickname “Lion Heart.”

His upcoming opponent is another Japanese, Kento Hatanaka. Kento has a professional record of 9 straight wins and no losses, but it was also mentioned that he only fought those that are in Japan or at least based in Japan. Out of the 9 wins that he has, the last one was the winner by knockout.

Based on a report, they will be one of the undercards fights on August 24, with the main event being a match between Japanese Kosei Tanaka and Puerto Rican Jonathan Gonzalez for the World Boxing Organization (WBO) Flyweight title.

We wish Jaysever good luck in his match and may the best man win. 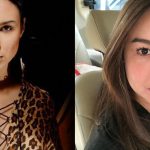 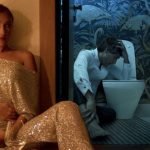