Just recently, YouTube sensation Bretman Rock has become viral on the web. It was after he uploaded a video of himself dancing to “Lupang Hinirang,” the Philippines’ national anthem.

As a result, the National Historical Commission of the Philippines (NHCP) has pushed out a document slamming such act from the celebrity, saying that this action is a violation of the country’s Flag Law.

The notice, according to the NHCP, serves as a response to complaints about the video.

The government agency says the video violates Republic Act No. 8491, otherwise known as the Flag and Heraldic Code of the Philippines. According to this law, when the national anthem is played, all people shall stand at attention as a sign of respect and shall execute a salute – it is by placing the right pal over the chest.

“[D]ancing to the national anthem as shown in the video above mentioned, therefore constitutes a violation of the flag law,” says NHCP.

Originally, the video of the celebrity was posted via Instagram and reposted on YouTube as netizens slam Bretman because according to them, the activity was illegal and disrespectful.

The artist immediately took to Twitter in a bid to express his apology regarding the matter, saying he is taking full responsibility.

“Thank you so much for understanding,” says Bretman. “I can promise you it will never happen again. I take full responsibility and I truly am so sorry.”

For the uninitiated, Bretman Rock is a Filipino makeup artist who is based in Hawaii. He was born in the Philippine, but eventually, he moved to Hawaii when he reached the age of eight.

Last year, he was named the Beauty Influencer of 2019 by the E! People’s Choice Awards. He is now popular, thanks to his tons of makeup tutorials.

So, what can you say about this story? What do you think about the NHCP’s action and the artist’s apology? Let us hear out your comments. 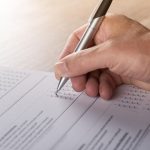