Catriona Gray among ‘Supermodel Me’ Judges

AXN Asia’s ‘Supermodel Me’ is a multi-platform modeling reality series, showcasing several aspiring Asian models to kick off their careers in the world of fashion. The reality series was founded by Karen Seah in 2009 and has already gone through three seasons. ‘Supermodel Me’ was a success after it was nominated in 2012 at Asian Television Awards for “Best Cross-Platform Content”, and in 2013 it was also nominated at the International Digital Emmy Awards for “Best-Non Fiction”. As the return of ‘Supermodel Me’, this October 11 for Season 6, Miss Universe 2018 Catriona Gray joins as one of the judges.

The Filipino-Australian singer, model, and the fourth Filipina Miss Universe 2018, have confirmed her appearance on her official Instagram account on July 8 as she posted the teaser of ‘Supermodel Me’. Catriona Gray also made a comment stating that “It’s time for a revolution” citing the season tagline ‘Supermodel Me Revolution’. The sixth season of ‘Supermodel Me’ was filmed in Singapore in June, together with the 12 aspiring models throughout Asia including the Philippines, Singapore, Hong Kong, China, Malaysia, Indonesia, Vietnam, and Thailand. The season’s theme is about empowering women and representing a role model for today’s day and age.

Apart from the stunningly beautiful and bright Catriona Gray, other distinguished figures from the fashion and modeling industry will join the ‘Supermodel Me’ Season 6. Other judges will be part of the panel including American photographer Yu Tsai who was known for his participation in Cycle 22 and Cycle 23 of America’s Next Top Model, Singaporean actress, entrepreneur, model Ase Wang, and MTV Asia Vj Hanli Hoefer. The reality show will be hosted by the actress and supermodel Cindy Bishop. Catriona Gray will not be the only Filipina on the set, for the Filipino model and Cycle 3 Asia’s Next Top Model runner-up, Monika Sta. Maria will join the production as a taskmaster.

‘Supermodel Me Revolution’ Season 6 is produced by Refinery Media and sponsored by Subaru Asia and Singapore Airlines Kris Shop. During the reality show, aspiring Asian models will go through intensive guidance by the judges and perform fashion and sports-related tasks to assess their physical and mental capacity to have an edge in the fashion industry. They will also live together in the same house to have a more competitive program during the six weeks. The models will go through photo challenges, and after every challenge, models will be eliminated by the judges until only three models are left to compete. From the three models, the judges will then choose the next Supermodel Me winner.

The one and only ultimate winner of the reality show will be an Ambassador of Subaru, become a cover of the fashion magazine Harper’s Bazaar, and gain a modeling contract from a British modeling agency in London the Storm Model Management.

Back in 2014, Filipino actress and Miss World 1993 second runner-up Ruffa Guiterrez also appeared as a guest judge in ‘Supermodel Me’ together with Ase Wang, Dominic Lau, and Lisa Selesner. And with the appearance of the Filipina beauty queen Catriona Gray as one of the panels of judges for ‘Supermodel Me’ Season 6, will certainly bring more women empowerment to the much-awaited modeling reality show. 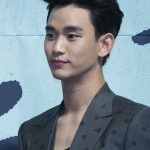