Manila, Philippines — Beauty queen Catriona Gray is back in Manila to pass the Binibining Pilipinas Universe crown to the successor. The New York-based reigning Miss Universe 2018 comes home as part of the tradition to hand over the crown to her successor in the upcoming Bb. Pilipinas 2019 grand coronation night.

On a video uploaded of a fan on her social media account, Catriona said she is thrilled to be back in the country she calls home.

“I’m going to the Philippines! I’m so excited because I’m going to attend different charity events while shooting some exciting stuff and, of course, attending Binibining Pilipinas, which means that I will be emotional because I will pass on my Miss Philippines title to the next Filipino who will represent us internationally,” she said

“I can’t wait to see all of you!” she concluded.

The beauty queen landed on Sunday 2nd of June, a week before the Binibining Pilipinas 2019 Grand Coronation Night.

Catriona Gray has been staying in her New York apartment for a couple of months now and this will be her second homecoming after her February 20th visit.

In February, Gray had a grand homecoming parade in the streets of Manila and Makati as well as in Araneta Center in Cubao, Quezon City.

She is expected to participate in a number of charitable events as well as activities with a selection of media and VIP guests.

During her Bb Pilipinas Universe crowning in 2018, many people raised concerns as to whether she was Filipino enough, seeing that her father is an Aussie. Although she represented the Philippines in the Miss World pageant, she was actually born and raised in Australia.

For this reason, fans of the Binibining Pilipinas beauty pageant have suggested that the crown should only be handed to 100% Filipino, thus shutting off half-bred contestants.

This has however caused an uproar from mixed-race contestants such as Miss Zamboanga, Negros Occidental, Maguindanao, Samantha Lo, Nicole Magno, Anne Barker, and Albay Julia Saubier.

The grand coronation night of Binibining Pilipinas 2019 Beauty Pageant is in collaboration with Miss Universe Philippines. The final night will take place on June 9, 2019, at the Smart Araneta Coliseum in Quezon City, Philippines. 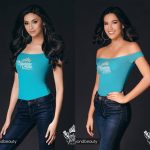 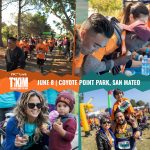