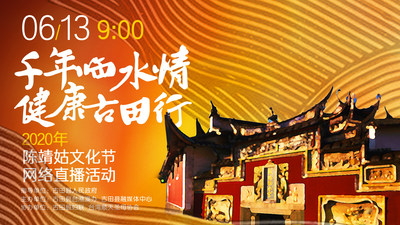 Unlike the grand celebration previously held at the Linshui Palace Ancestor Temple in Gutian over the years, people and believers are able to "watch the festival and pray on the cloud" at their homes this year. At the same time, in the live streaming anchor marketing campaign that is newly launched this year, the Linshui cultural and creative products jointly created by the Gutian County Government and the design team of the Jingdezhen Ceramic Institute in Jiangxi will be debuted.