Manila, Philippines – On September 19, 2014, the news that Zenaida Sison, mother of actress Cherry Pie Picache, was found lifeless in her home has shocked everyone. Investigation found that she was stabbed multiple times and that the motive of the perpetrator was to steal from her home.

After further investigation, the perpetrator was identified to be Michael Flores. He was arrested almost a month later, and on December 2015, he was sentenced to life imprisonment.

A follow-up to all of this was made in a documentary by ABS-CBN called “Radical Love.” It all starts with showing what happened and how Cherry Pie and her family reacted up to until Michael was sentenced to life imprisonment.

Years later, they show Michael still in jail but during the interview, he told of how he met Zenaida, who he called “Mother,” and how they became close to each other. Michael also said that he would have not thought of doing the crime if he didn’t take any drugs that night.

Cherry Pie also said she at first could not move on, but she had prayed hard in order for her to get help from God.

She had also quoted a line from The Lord’s Prayer: “Forgive us our sins as we forgive those who sinned against us,” and she said that with that line, she understood that she won’t be able to ask for His forgiveness if she herself is unable to forgive others.

March 23, 2019 was the day when Cherry Pie went to visit Michael for the first time. She was anxious as to what will happen, but when they saw each other, the meeting was emotional.

Cherry Pie has told Michael that she has forgiven him for what happened but it still was painful on her side. Michael also said that he didn’t know what to do and there were times that he himself was anxious. They embraced each other and Cherry Pie gave him a few gifts from her visit. She also said she’ll visit him again soon.

Near the end of the documentary, Cherry Pie said that with what she did, she felt a bit better and she might be able to move on. Both she and Michael would continue talking with each other as a way for them to heal from what happened.

Also read: Politicians’ Names to be Removed From Schools as Ordered by Manila Mayor Isko Moreno 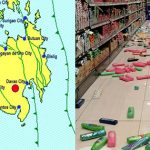 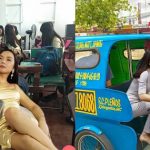