There are a lot of ways of earning money, but some would rather be their own bosses instead of working for other people. With that, some would try to open their own business, and the most common business that one can open would be anything related to food.

Once you are ready to open a business, there are a few more steps that you will need to take. Registering your business in your local government is most important, as it needs to be known that your business is legal, or you’ll face the consequences, like what happened in Parañaque.

18 Chinese establishments were closed recently by order of the local municipality in Parañaque. The order was effective on June 20,21, and 24.

The location of the businesses were in Barangay Tambo and Baclaran. These were all near the PAGCOR Entertainment City.

From the report made by The Inquirer, the names of the establishments that were closed in Baclaran are:

The ones that were closed in Barangay Tambo were:

Other establishments that were closed were:

According to Melanie Soriano-Malaya, Parañaque’s business permits and licensing office chief, all of the named establishments were found to have no business permits and were violating numerous environmental and sanitation codes. It was also mentioned that some violated a local ordinance that requires them to provide an English translation for the items that they cater.

Just a couple of months ago, a food park in Las Piñas became a hot topic for having Chinese stalls and would allow only Chinese customers to enter. The said food park has ceased operations, as ordered by the Department of Trade and Industry. 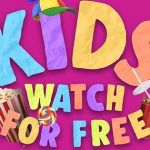 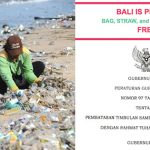