Manila, Philippines — Kapamilya singer-actress Sarah Geronimo has confirmed that she will comeback as a coach in “The Voice Kids” scheduled this year.

In an interview with ABS-CBN News, Geronimo was asked what her fans could expect from her as she confirmed the news that she will return in the hit reality show.

“Ayun po, I will be busy promoting my own makeup line. I will film a movie. And abangan niyo po, magkakaroon ng another season ang ‘The Voice Kids’ this year. Yes po (babalik ako as a coach),” Geronimo said.

Last May, ABS-CBN announced that “The Voice Kids” is gearing up for a fourth season with the announcement of online auditions.

According to a teaser released on the program’s social media pages, the singing competition is open to kids aged 7 to 12. Audition videos can be sent via e-mail to TheVoiceKidsABSCBN@gmail.com.

Apart from Geronimo, it seems that Lea Salonga will also return as a coach in the reality show as she shared the teaser video on her social media page.

“So, mga bulilit, do you have what it takes?” Lea captioned her post.

Geronimo and Salonga were among the four original coaches of the show along with Bamboo and Apl de Ap.

With the exception of The Black Eyed Peas member, the coaches returned for “The Voice Kids” across two seasons, with Sharon Cuneta replacing Geronimo for the third in 2016.

Geronimo skipped the third season of the show for her to focus on “ASAP” and concentrate her growth as an artist. 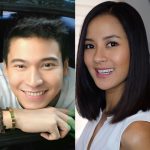 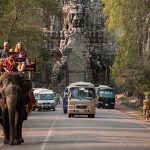