In most households, cockroaches are always a huge problem. They can get in almost every corner and they would even eat away almost anything that it can get a hold of. Cockroaches also have a foul odor and can contaminate food if they touch it. They can multiply quickly which can cause an infestation if not taken care of immediately.

Numerous types of insecticides and insect repellents are currently available to help take care of any cockroach issue. Some would target the cockroach themselves while other prevent cockroaches from entering certain locations. It won’t be long, though, before cockroaches can become “stronger.”

According to an article from The Daily Mail, there had been a study regarding how cockroaches are affected by certain insecticides and was studied for a period of six months. For an additional control, there were three “colonies” set up in Indiana and Illinois. The cockroaches used in the experiment were the Blattella germanica L., or the German Cockroach, which is the most common household pest.

The results of the experiments were published in the journal Scientific Reports, and it was surprising.

One scenario used a combination of two pesticides, and the cockroaches even thrived in the said environment. There was less resistance with the method where one insecticide was used after another, and the number of insects were controlled, but did not lower down. It was also seen that the offspring of cockroaches that survived had a stronger resistance to the insecticides used.

Professor Michael Scharf of Purdue University, one of the professors who wrote the journal, predicts that a cockroach’s resistance to chemicals can become six-fold in just one generation. It is then recommended that combining different methods of pest control is the best option, which means using traps and being clean, aside from using insecticide, will be the best option. 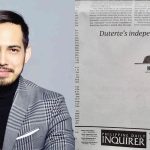