NEW YORK, March 20, 2020 /PRNewswire/ — Conects Q&A, an education app developed by Globlal EduTech group ST Unitas, has taken app stores by storm. Its beta version has topped charts in a dozen countries, while its official version is set to launch in April. 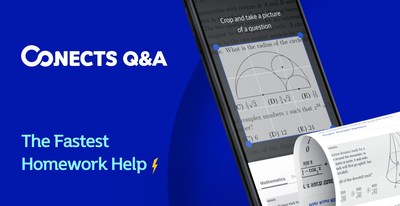 According to Google Play Store and Apple App Store, Conects Q&A ranked the most popular app in 12 countries, including the US, Canada, England, Australia, Ireland, New Zealand, Singapore, Malaysia, Philippines, South Africa, India and South Korea. It was able to achieve such accomplishment even before the launch of its official version.

Conects Q&A is an AI-based homework solving service that provides instant answers to questions in real-time. Once the student captures and uploads a problem or homework, Conects Q&A will provide an answer in less than 5 seconds by searching through its database. For additional help, it even provides a 1:1 chat with experts or 15-second video answers from experts for best answers. It provides 1:1 voice call consulting service with the expert for customized advice.

ST Unitas first stepped into the global market after acquiring The Princeton Review, a renowned US education institution, in 2017. It launched the beta version of Conects Q&A in early 2019 and went through a series of improvement through countless experiments. Conects Q&A was able to achieve such significant impressive success within a month of its global beta launch in mid-February 2020.

The company also added that such an impressive feat in English-speaking countries, including the United States, was possible thanks to the advanced technology of ST Unitas. The full version of Conects Q&A is to be officially launched in April.

ST Unitas founder and CEO David Yoon stated that "Conects Q&A is a knowledge platform where the underprivileged 99% receive the same opportunities given to only the blessed 1%. At the same time, it is a global EduTech service that aligns with ST Unitas’ vision to help those in need to study and achieve their dreams" He added that "We have very high expectations for the official version based on the success of the beta version, including in English-speaking markets. ST Unitas will always strive to be the best and leading EduTech platform." 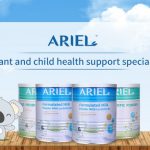 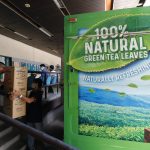