SYDNEY, April 16, 2020 /PRNewswire/ — The core members of the Australian development team behind the award-winning intelligent transport solution, PTIPS, has announced completion of a working prototype for its new proximity-based, "total privacy" contact tracing app ConTrace, for the mitigation and reduction of disease transmission (https://contraceproximitytracker.com). 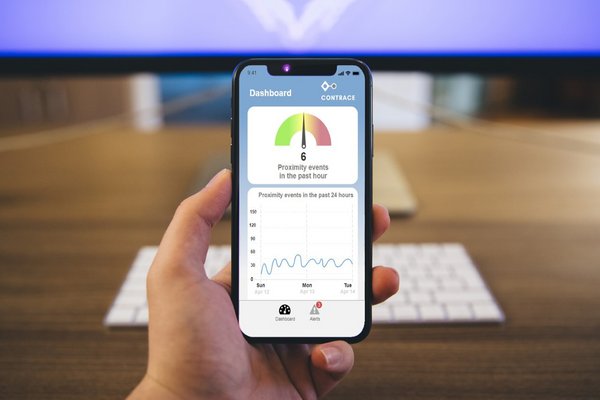 ConTrace dashboard, shows the number of proximity events logged in the last hour, as well as previous 24 hours

Testing has shown that the working prototype reliably detects other nearby ConTrace users through the use of Bluetooth Low Energy, and logs these as proximity events in the phone’s datastore. As soon as a ConTrace user’s infection is registered in the system, it immediately alerts all other users who previously came in contact with that person. All of this is done while maintaining total privacy and anonymity of users.

The ConTrace prototype comes amid reports the Australian Federal Government is considering implementing a version of Singapore Government’s TraceTogether app, which requires users’ mobile phone numbers. Technologists and civil liberty groups around the world are voicing concerns about contact tracing systems that collect and require personal data. A group of Australian academics from the University of Melbourne and Macquarie University last week posted an opinion piece warning that "such apps could be used as a tool for mass surveillance beyond the original purpose of COVID-19 contact tracing."

"People’s fears about privacy and surveillance are understandable," said Jonathan Armstrong, creator of ConTrace. "I think the COVID-19 crisis has brought us to a crossroads, and is forcing us to stop and think before we take another step away from a privacy-protecting solution."

In contrast to apps that require mobile phone numbers and other personal information, ConTrace was designed from the ground up to be privacy-protecting and anonymous:

ConTrace is the work of the core members of the development team that created PTIPS – a large scale intelligent transport system for the NSW Government. PTIPS provides the real-time bus stop arrival data that feeds apps like TripView and TripGo, used by millions of NSW commuters. Also, the NSW Government uses PTIPS to manage over $2 billion worth of bus contracts annually.

The ConTrace development team members have donated their time for the past four months on this project pro bono. They are working around the clock to turn the ConTrace working prototype into a full public release. This will include a consumer-ready user interface and further functionality and security refinements. Subsequent versions are expected to include unfalsifiable immunity certificates and live chat support for virtual health consultations. The team are seeking funding to expedite development so that Australians can start using ConTrace as quickly as possible to protect themselves, and contain the spread of the disease.

"Sooner or later the self-isolation laws are going to be relaxed, and when that happens, contact tracing apps like ConTrace will be one of the crucial tools in our arsenal against COVID-19 to prevent a resurgence. However, for contact tracing apps to be effective, uptake must be swift and extensive – and this can only happen if people trust them. We urge industry and the Australian Government to consider and support Australian-developed, privacy-guaranteed solutions such as ConTrace, so that uptake by Australian consumers is swift and unimpeded by trust or security concerns," Armstrong concluded.

For more information, photography and to set up interviews, please contact:

ConTrace is a simple and immediate way to identify people who have been in close proximity to a disease carrier, without collecting and sharing personal data. ConTrace is like a personal ‘Black Box Flight Recorder’ that runs on smart phones and devices, using BLE technology. Except instead of logging flight data, it silently, securely and anonymously logs ‘proximity events’ as we go about our lives. A proximity event is an instance where two people – specifically their devices – are in close contact. On a confirmed report of a communicable disease, ConTrace instantly alerts all ConTrace users who have been in contact with the patient, providing clear directions on symptoms to watch for, recommendations on getting tested, and the details of the nearest screening facilities.