Manila, Philippines – Each person has a hobby that they do when they try to just get away from everyday tasks. Some would collect things like toys, while others like to draw or play a musical instrument. There are also some that like to dress up and portray their favorite character from a TV show or movie and this is better known in a simple term: cosplay.

Cosplay, or costume play, was said to have started in Japan, which then spread to other countries. Cosplayers are more known for portraying anime characters, but it has also now included characters from TV shows, movies, and video games.

Cosplay in the Philippines had its humble beginnings back in the early 2000’s and has improved well. In celebration of this, Cosplay.PH has created Cosplay Mania back in 2008, as an event that is dedicated to cosplay. It is always held every year, and Cosplay Mania 2019 will be its 11th year, and they are trying to make things bigger than before this year.

Cosplay and contests is to be expected, of course, with the Cosplay Solo Showdown, and the Cosplay Mania Cup, which puts together the winners from previous events (Cosplay Craze, Cosplay Carnival, Anime and Cosplay Expo Meet) and will compete with each other.

International Cosplayers Rea Kami and BoiledCurry from Singapore, and VENaS Japan are guests this year, and they have their meet-&-greet sessions ready for avid fans.

Numerous booths and merchandise is also available, so if you have anything in mind to buy, whether it be toys, accessories, and such, you can find it there.

This year, they have also invited stage actors and voice actors from Japan. Allen Kohatsu and Kousuke Asuma both became famous for being part of the “Haikyuu!!” stage play. Rumi Okubo, who is the voice of Astolfo of Fate Grand Order, and Motoko Kumai, who is famous for voicing Li Shaoran of Cardcaptor Sakura, among other characters, are guests as well.

Cosplay Mania also has their Japanese Anime Music (JAM) Concert, and they’ve not held back with their guest performers. Japanese DJ and record producer Yasutaka Nakata along with Ichigo Rinahamu, who is an idol and DJ vocalist.

They also have ASAKA, who is more known for her song “SHINY DAYS” which is the opening theme for the anime “Yuru Camp.” Their last, but not the least, guest performer is May’n who, by herself, is a famous Japanese music performer, but is also well known as the singing voice for the character Sheryl Nome in the anime “Macross Frontier.”

Cosplay Mania 2019 will be held on September 28 and 29, 2019, at the SMX Convention Center, SM Mall of Asia. Tickets are currently available to be purchased at SM Tickets at a discounted price, but they will also be available on the day of the event itself.

If you are a huge cosplay fan, or if you are looking into debuting your very first costume, or if you are just curious about cosplay, Cosplay Mania will be the best event for you. You can go to Cosplay Mania’s Facebook page or visit cosplaymania.com for more information.

Also read: My ToyCon 2019 Experience: The Event Where Asia Did Come to Play 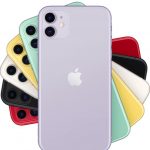