The World Health Organization (WHO) has renamed the novel coronavirus to Covid-19.

The Philippine News Agency reports that in a press briefing last Tuesday, Tedros Adhanom Ghebreyesus, the Director-General of the WHO, made an announcement that the new name of the virus that has caused the demise of quite a few people in China is focused on the type of virus that caused the disease.

The Director-General said that “Co” and “Vi” stands for coronavirus while the “D” is for the disease. In the meantime, 19 means 2019, the year in which the first cases were reported.

Ghebreyesus said during the press briefing that the organization needed to look for a name that did not refer to a geographical location, a person, an animal, or group of individuals, and can be easily pronounced and is related to the disease.

Moreover, this new name of the said virus gives a standard format for any future coronavirus outbreak. Furthermore, this name was agreed upon by the WHO, the Food and Agriculture Organization of the United States, as well as the World Organization for Animal Health.

Based on the report of the WHO last Tuesday (Geneva time), at 6 a.m., there were already 42,708 confirmed cases in China while 1,017 died because of the said virus.

A lot of these reported cases and deaths have been recorded in Wuhan and Hubei province in the country.

The WHO also said that there are 393 confirmed cases that are located in 24 different countries plus one mortality.

It can be recalled that not so long ago, the Director-General of the WHO emphasized that it is very important that people are given accurate information in order for them to protect themselves from contracting the said deadly disease.

“While the virus spreads, misinformation makes the job of our heroic health workers even harder,” he said. “It is diverting the attention of decision-makers and it causes confusion and spreads fear to the general public.” 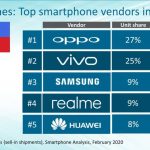 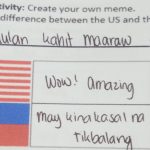