“We’ve been working on our Shack BBQ sauce recipe for quite some time now and we couldn’t be more thrilled to finally share it with our fans in the Philippines! ,” said Mark Rosati, Culinary Director of Shake Shack. “Our Shack BBQ sauce takes inspiration from a few favorite regional BBQ styles, from the thick and rich tomato-based Kansas City style to the tangy South Carolina mustard style, and adds wonderful flavor to our new burger, chicken, and fries.”

To complete the summer lineup, the Manila Shacks will also be spinning the S’mores Shake (P210) – chocolate frozen custard with marshmallow sauce, topped with whipped cream and graham cracker crumbs.

Road trips and summer outings may be on hold for now, but that doesn’t mean summer is canceled. Get on with your staycation plans as we’ve got your summer essentials covered (BBQ and Smores!) for some fun in the sun – from our Shacks to your shack. Order ahead by calling our Shacks or tap your favorite delivery app to get your Shack goods. Not sure which to get? From April 4 to 6, sign up on shakeshack.ph to get the latest news and exclusive deals and be one of the first 100 to get free dibs on one of our limited-time offerings. Follow @shakeshackph and @ssilifeph on Instagram and Facebook and @shakeshack_ph on Twitter for more information.

Specialty Food Retailers, Inc. (SFRI) is the exclusive franchise holder of Shake Shack in the Philippines. SFRI is a member of the SSI Group. 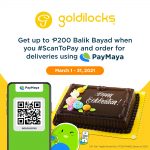 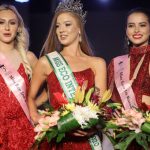