SEOUL, Sourh Korea, March 25, 2020 /PRNewswire/ — Pearl Abyss today announced that the long-awaited Dark Knight class has arrived in Black Desert Mobile. To celebrate the release of this new class, various rewards will be given to Adventurers who train and develop their own Dark Knights.

A member of the Vedir, the beautiful but deadly Dark Knight is known for her graceful fighting style. A combination of close combat attacks with her powerful two-handed Kriegsmesser sword and an array of dark magic, make her a versatile combatant on the battlefield. By leveling up the Dark Knight, Adventurers can earn a variety of rewards, which can be used to strengthen equipment, upgrade the camp, and grow the Black Spirit.

Moreover, the Tower of Trials has also been added to Black Desert Mobile. This new feature allows Adventurers to send 2 of their characters to the tower to build their strength and unlock special items. Each floor that the character clears will provide them with experience and rewards. The characters sent must be above level 45, and must be characters that are not currently being used by the Adventurer.

The Auto-Quest system is another addition that will help Adventurers to develop their lesser-played characters. Rather than play through quests that have already been completed once already, the Auto-Quest system completes quests for other characters in the family until it matches the character with the farthest quest progress. 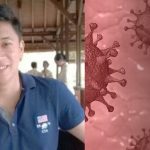 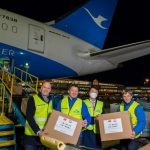