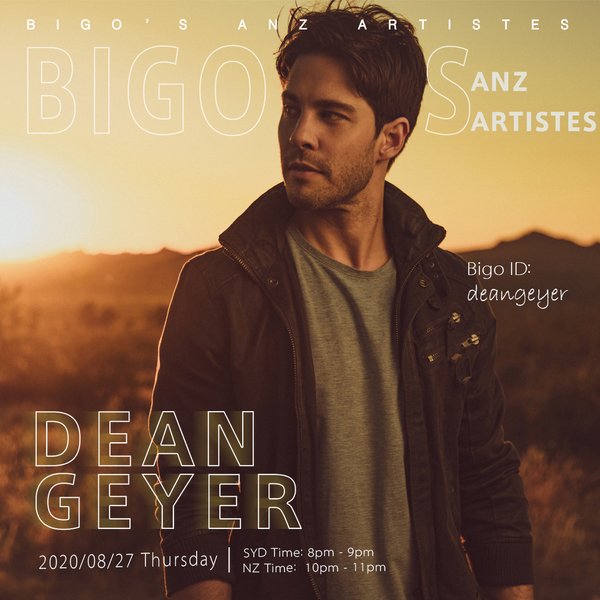 "I am excited to be a part of Big Live’s BIGO ANZ artistes‘ event, and feel blessed to be in the company of fellow musicians like Dami Im, Stan Walker and Taylor Henderson. The Covid-19 pandemic has put a pause to people’s lives around the world, and it’s awesome to see platforms such as Bigo Live providing people with a way to experience joy, community and love-filled entertainment during this time," said Dean Geyer.

Dean’s exclusive performance is the August edition of Bigo Live’s hugely successful monthly event "BIGO’s ANZ Artistes". BIGO’s ANZ Artistes aims to support Australian and New Zealand artistes by offering them a platform to connect with their local fans and over 400 million users across the world. Dean joins artistes such as Dami Im, Stan Walker, Beau Monga, Timomatic, and Taylor Henderson who performed live to viewers in Australia, New Zealand and the world over the last few months.

"I am really glad that Bigo Live is providing artistes with an alternative platform to perform to fans and viewers from all over the globe, especially when in-person concerts are on hold due to the pandemic. It’s an exciting opportunity to see how technology can help bring people closer than before as we start to make a transition to an uncertain new normal," He added.

Dean Geyer is a Johannesburg-born Australian singer-songwriter who rose to fame after he participated in Australian Idol in 2006. Following the show, Dean signed a record deal with Sony BMG where he released his debut single "If You Don’t Mean It", which peaked in the Top 10 of the Aria charts, his debut album "Rush" also made the Top 10.  Shortly after, Dean moved to Los Angeles to pursue an acting career which culminated in roles in several renowned television series including "Glee", "Terra Nova" and "Shades of Blue" starring Jennifer Lopez; as well as films such as "Never Back Down 2: The Beatdown", "Dark Intentions", "A Ring for Christmas", and "Rehearsal", which he also co-produced. Since January 2020, Dean has released three singles: The Pretender, Living Skeleton and most recently Runaway. 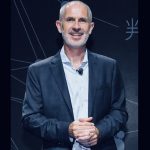