Diether Ocampo injured in a car accident in Makati City

The actor’s SUV crashed into a garbage truck along Osmeña Highway’s southbound lane in Makati at around 1 am according to a Teleradyo report.

Due to the strong impact of the collision, the SUV’s bumper receded and its hood was lifted.

According to the garbage truck driver, they are stalled along Osmeña Highway while collecting garbage when the car accident happened.

The actor was brought to the hospital through the immediate response of the Philippine Red Cross rescue team.

The investigation is still ongoing and there’s no official statement yet regarding the present condition of the involved Filipino actor.

Ocampo was born on July 19, 1974 in Aniban, Bacoor, Cavite, where he attended school. He attended De La Salle University-Dasmarinas. He is of German, Spanish, and Chinese ancestry.

He started out as a dancer before being discovered by ABS-CBN in the mid-1990s. He is part of the band Blow, where he is known as ‘Capt. Mongrel’. In 2001, he was an executive producer for The Pin-Ups debut album, Hello Pain, which enabled the band to become the first Philippines-based band to be signed to a U.S. label.

Ocampo started with ABS-CBN and was managed by Star Magic headed by Johnny Manahan. He auditioned for ABS-CBN’s talent search in 1995. A year and a half later, he became one of Star Circle Batch II members. His first movie appearance was in the movie adaptation of the teen program Ang TV. He is active in charitable works through his K.I.D.S. (Kabataan Inyong Dapat Suportahan) Foundation to help underprivileged children of Metro Manila.

In 2016, he starred in TV5’s series Bakit Manipis ang Ulap? together with Cesar Montano and Claudine Barretto.

In 2017, after a short brief break from showbiz, Ocampo went out of retirement & is now a freelancer.

Currently, he is serving in the Philippine Coast Guard Auxiliary as a Lieutenant Commander. 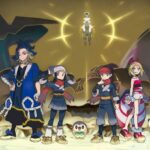 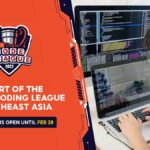