Manila, Philippines – Internet speed has been the biggest complaint for most Filipinos. It’s either they would have no internet connection, or if they do, the speed is not at satisfying. For the longest time, there had been a duopoly with the telecommunications industry, coming from the side of Smart Communications/PLDT, and Globe Telecom. People have been wishing for another provider, and it looks like that search will be over soon.

Back in November 2018, there had been a bidding to become the Philippines’ third telco. Numerous companies were expected to arrive, but only four initially appeared and among them was Dennis Uy’s Udenna Corporation with China Telcom, who became known as Mislatel.

The name Mislatel came from their partner Mindanao Islamic Telephone.

During the bidding, it was made public that Mislatel promised to provide internet speeds of up to 27 Mbps and 84% national coverage in five years’ time.

The bidding resumed and in the end, Mislatel won the bid against all of its competitors, amidst everyone else’s appeals.

On July 8, 2019, Mislatel has changed their name to “Dito Telecommunity.” It was also on this day that they were awarded the Certificate of Public Convenience and Necessity (CPCN).

According to the news article published by Rappler, this now marks the day that Dito Telecommunity becomes the official 3rd telco of the country.

President Rodrigo Duterte was present during the awarding, along with the officials of the Department of Information and Communications Technology and National Telecommunications Commission.

President Duterte hopes that Dito will deliver what they had promised to provide and that the introduction of the 3rd telco will be a “breath of fresh air in a rapidly evolving information age where no one should be left behind in our pursuit of an inclusive and sustainable progress for all Filipinos.”

Dito plans on setting up a pilot program by the end of 2019 and promises to provide an average internet connection speed of 27 Mbps in its first year.

Also read: LOOK: People of Batanes Leave Their Payment for Electricity Outside Their Home 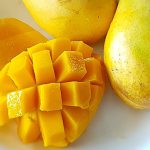 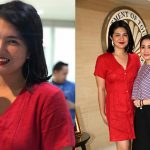