Cinemalaya 2020: Last chance to watch the groundbreaking films on August 31, 2020

QUEZON CITY, PHILIPPINES —Filipinos have such rich and colorful culture that is best experienced first-hand, but since this is not possible due to the Covid-19 pandemic, TFC in partnership with Cinemalaya Philippine Independent Film Festival and Cultural Center of the Philippines (CCP) brings them a glimpse of it through the films featured in the “Cinemalaya 2020.”

More than 80 films featured are now available to the viewers overseas via TFC Online, which Cinemalaya Competition and Monitoring Chairperson Jose Javier Reyes believes will appeal even to the second-generation Filipinos or those who were born and raised abroad.

“For the second generation, this is an insight into the Filipino culture, a culture which they miss. For the homesick, it gives you a glimpse of how it was back home and the way Filipinos are thinking,” Javier explained.

In this year’s Main Competition Short Films, bagging the most award is the film “Tokwifi” that took home the Best Film and NETPAC Jury Prize. It is a story about a 1950s mestiza star, trapped inside a television that fell from the sky – dreams up a romantic romp with a Bontok Igorot man who does not know how to kiss.

While Martika Ramirez Escobar won as Best Director for the film “Living Things,” which tells the story of Kints who wakes up and discovers that her decade-long lover Charles has turned into a cardboard standee of himself.

Winning the Best Screenplay is Hubert Tibi for the film “Pabasa Kan Pasyon,” set during the Lenten season, a Bicolano family uses their mother’s faith to make ends meet.

While the Audience Choice Award went to the film “Quing Lalam Ning Aldo” (Under the Sun) which is about a transgender Sampaguita farmer who decided to renovate their neglected kitchen as soon as she heard that her son is going home.

Also part of the Main Competition Short Films are “Ang Gasgas na Plaka ni Lolo Bert” (The Broken Vinyl Record) which is about a closeted gay man in his 60s who has been living with HIV for 10 years; “Excuse Me, Miss, Miss, Miss” which puts the spotlight on the plight of contractual workers in the Philippines; the horror film “Fatigued” where the character must wake up before the nightmare turns into reality; “Utwas” which features the life if Toto and how he discovers a lot of things about the ocean while learning to dive and fish; and “The Slums” which is a documentary on the life of a poor family as they try to cope with the loss of their TV.

Do not also miss the films under the Exhibition Indie-Nation shorts, Gawad Alternatibo Para sa Pelikula at Video, and Retrospective Full-Length films categories, plus the virtual events and classes of “Cinemalaya 2020.”

You may watch the “Cinemalaya 2020” films via www.TFC.tv or through this link bit.ly/CinemalayaOnTFC, create an account and purchase the All-Access Festival Pass. 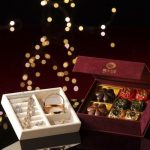