Manila, Philippines – All airports and seaports are now closely monitored due to a reported mysterious illness from China.

It was also mentioned that the disease may have been brought to Hong Kong when a Wuhan resident flew over during the holidays and was admitted to a hospital due to a respiratory infection.

At least 44 patients have been reported already to the World Health Organization, where 11 of which are severely ill, while the rest appear to be in a stable condition.

The Philippines, being aware of this situation, are already planning their actions regarding the disease. Health Secretary Francisco T. Duque III has instructed the Bureau of Quarantine to closely monitor all incoming travelers in airports and seaports of possible symptoms of the said disease, specially being careful if a person shows signs of a respiratory infection or fever.

Duque urges everyone to ask for medical help if they feel like they have any symptoms that is similar to a flu, specially if they have traveled to and from China recently.He also encourages a healthy lifestyle and proper etiquette when coughing in order to lessen the further spread of the disease.

The symptoms of the said mysterious disease from China are high fever, difficulty in breathing, and invasive lesions of the lungs would be seen with the help of a chest X-ray. 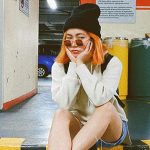