Manila, Philippines – The DOT welcomes the news that the province of Ilocos Sur will open to Luzon residents on November 15 once all systems and health and safety measures are in place.

The development came upon the announcement of Ilocos Sur Governor Ryan V. Singson to open up the province following the growing interest from tourists from the National Capital Region (NCR) during the launch of the Reef and Ridge traveler corridor.

The DOT also lauded Governor Singson’s initiative to give back jobs to the tourism workforce from the kutcheros or carriage drivers to the waiters, the souvenir shops, to the tour guides through the slow but sure reopening of the province.

Ilocos Sur first welcomed back tourists through the Ridge and Reef travel corridor with Baguio City and Ilocos Region including the provinces of La Union, Pangasinan, and Ilocos Norte.

Located on the western coast of the large island of Luzon, facing the South China Sea, Vigan is a UNESCO World Heritage Site and it is one of the few Spanish colonial towns left in the Philippines whose old structures have mostly remained intact, and it is well known for its sett pavements and unique architecture of the Spanish Philippines colonial era which fuses Native Philippine and Oriental building designs and construction, with colonial Spanish architecture that is still abundant in the area, mainly the Bahay na Bato houses and an Earthquake Baroque church.

Former Philippine president Elpidio Quirino, the sixth President of the Philippines, was born in Vigan, at the former location of the Provincial Jail (his father was a warden); he resided in the Syquia Mansion. 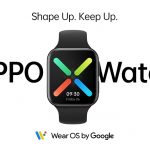