One of the most popular tourist destinations in Cambodia is Angkor Wat. It is a huge temple complex in Cambodia which was first used as a Hindu temple for the god Vishnu, and then converted into a Buddhist temple. Its image is also used in the Cambodian National Flag.

Millions of tourists visit the ancient temple every year. They are attracted to the location and the ancient designs, but they also go for one of the attractions, which are the elephant rides.

Tourists can get to ride elephants while being toured around the temple, but this has gotten the attention of animal rights advocates as the animals all appear to get overworked.

In 2016, news spread of what happened to Sambo the elephant. Sambo collapsed and died of exhaustion after carrying tourists around the temple. Because of this, numerous petitions were done in order to have the elephant tours stopped. Currently there are 14 elephants that are used for such tours.

In a news report from Metro, Oan Kiry, director of the Angkor Elephant Group Committee, announced that the tours will be stopped by 2020. According to him, the elephants will be moved to a nearby conservation and breeding center. Tourists can still see the elephants but they won’t be used for riding like before as they want the animals to live as naturally as possible.

Even though the move won’t be done until 2020, Neth Pheaktra of the Ministry of Environment has said they are working together with other groups in order to have the remaining animals taken care of, and not repeat what happened to Sambo.

It is believed that there are 70 elephants in Cambodia that are still used for domestic purposes, including the 14 in Angkor Wat, and it is estimated that 500 more are in the wild.

This news has all animal rights advocates celebrating and we hope that the rest of the ones still in Angkor Wat will be given better treatment this time.

Also read: Van the Cat Was Rescued After Being Seen Tied to and Dragged by a Truck 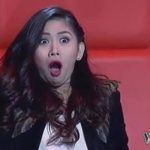 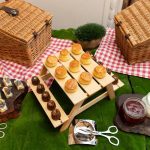