Cindy Marina is the new Miss Universe Albania after being crowned at the Palace of Congresses on June 8. As a result, she is going to be competing against Philippines’ Gazini Ganados in this year’s Miss Universe Pageant in South Korea later in December.

The 20-year-old model fen off stiff competition from 19 other beauty queens to ensure she represents Albania in the pageant.

Cindy managed to garner spotlight from the word go at the pageant due to her association with USC and volleyball, thus making her early one of frontrunners. So, who is Cindy Marina, Miss Universe Albania 2019?

Marina was born on July 18, 1998, in Chicago, Illinois to Albanian parents Ardian and Kristina Marina from Shkodër.

Cindy Marina’s first love is not beauty pageant and runways, but sports, volleyball to be specific. She represented her country Albania in last summer’s Women’s European Volleyball League, helping them to silver medal finish. Cindy Marina became, in 2015, the youngest player ever to play for her Volleyball national team at 17 years.

She is a Trojan

The beauty queen plays for the USC women’s Volleyball senior team as a setter. In just two seasons, she managed to amass 711 assists, 45 service aces, and 214 digs in just 48 matches.

Cindy Marina is a Chicago born Albanian, and the first American-born Albanian to win the Miss Universe Albania.

First Miss Universe for her and Albania

Having been largely participating in sports, Miss Universe Albania is her first ever pageant title, and if she goes on and wins Miss Universe, it will not only be her first but also her country. Albania has never won the Miss Universe title.

Marina began modeling at the age of 14 but did not participate in pageantry until 2019 where she won.

First Time is the Charm

The year’s Miss Universe Albania was Cindy’s first ever participation in pageantry career, which she went on and win, beating a host of pageant regulars. 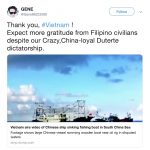 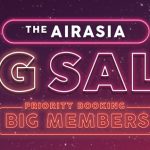