Manila, Philippines – A lot of Filipinos look up to people that have a lighter skin color. Most actors and actresses that they look up to has that kind of skin tone, and so a lot wanted to get that as well. Unfortunately, having that change can’t happen immediately, and so there are some that would take medications to get it changed.

Glutathione has been most popular when the talk of skin whitening comes up. Numerous products have been released advertising that they contain the substance and will make your skin whiter very quickly. It could be consumed either as a capsule or as an injectable.

In a statement made by the Food and Drug Administration (FDA) they said that injectable glutathione has harmful effects to the body. They were alarmed that establishments offered the service of administering it through an intravenous drip, or IV drip.

It was also mentioned that injectable glutathione was only approved for treatment in cisplatin chemotherapy.

Toxic effects on the liver, kidneys, and the nervous system is one of the side effects that was mentioned by the FDA. They also warned of IV drips that is accompanied with vitamin C and that can cause kidney stones if ever the person’s urine is acidic.

There are also concerns that injectable glutathione may cause long term skin cancer.

It is still recommended that you are to consult a dermatologist first so that you can find out the type of treatment that will suit you to lighten your skin. 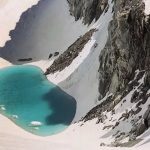 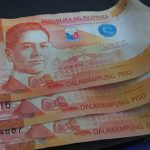